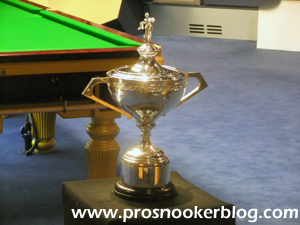 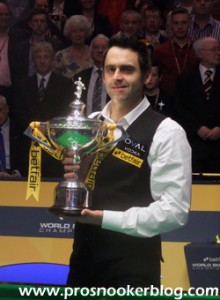 While the Players Championship Grand Finals event is a major tournament in its own right, carrying a £100,000 winner’s cheque that will be won by either Barry Hawkins or Gerard Greene this evening, one sub-plot this week has been of the effect of results upon the draw for the upcoming World Championship, with the final seedings revision prior to the Crucible coming this evening.

Following Hawkins’ defeat of Judd Trump this afternoon, the final piece in the puzzle has now been placed and you can click below to see how the seeds will be placed in the all-important Crucible draw…

For 2014, the seedings will be determined according to the rankings following the Players Championship Grand Finals, which can be viewed here.

This means that the draw will now be as follows:

While it is always very unwise to draw too many conclusions prior to the insertion of the qualifiers into the draw (for example the placement of players such as Mark Williams and Graeme Dott should they qualify will be very interesting to see). what can we say at this stage?

At first glance, notwithstanding the quality throughout the draw, the bottom section in particular strikes me as the most intriguing part, with potential match-ups between Neil Robertson and Mark Allen, Judd Trump and Stephen Maguire an Mark Selby v Ali Carter in store at the last 16 stage.

In the top half, there could be a repeat of the semi-final last season between Barry Hawkins and Ricky Walden, while Ding Junhui will also be looking to cap his brilliant season to date with a strong performance at the World Championship, at which he has only reached the one-table set-up once previously.

As ever, it will be fascinating to see how the story unfolds when the tournament starts three weeks from now…