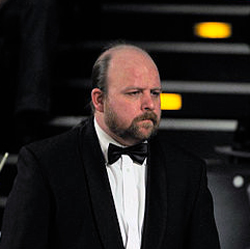 147’s Officiated: 1 (Tom Ford), plus another by Bjorn Haneveer

Belgium’s Nico De Vos began his refereeing career when his club were looking to have an official referee and he soon passed the appropriate exams in 2005.

Since then, Nico has gone on to officiate at several professional tournaments, including European Tour events and full-ranking event qualifiers, including the World Championship qualifiers in 2014. 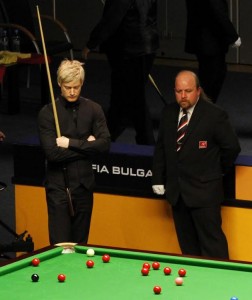 Nico was also selected to referee the final of the 2013 World Games, won by India’s Aditya Mehta against Liang Wenbo in Cali, Colombia.

Away from the table, Nico is a keen supporter of the football team FC Brugges and also works in a bar.