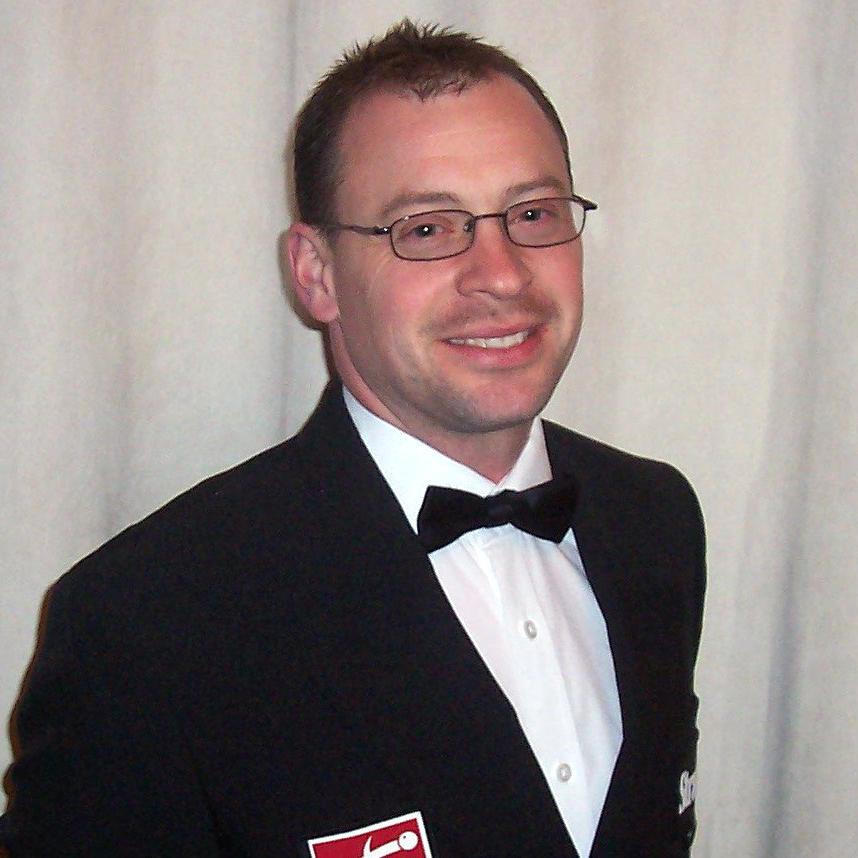 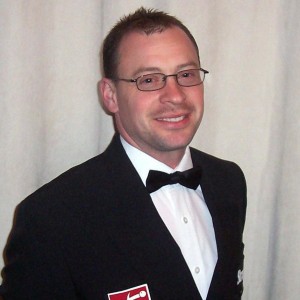 One of the new up and coming referees in the professional game, Leigh’s Andy Yates first put on the white gloves in 2003 following a visit to the Crucible as a spectator which immediately left him wanting to get involved in the game somehow.  Knowing that he was unlikely to ever be good enough to play there, he decided that becoming the man in the middle would be the next best thing and just over three years later was officiating his first professional match, a Masters qualifier between Mark Allen and Robert Stephen.

His development continued and at the start of the 2007/8 season he was given the opportunity to take charge of his first ranking event match, a close affair between Lee Spick and Martin Gould in the first round of the 2007 Shanghai Masters qualifiers. Things were soon to get even better for him however as at the 2007 Grand Prix he was given the opportunity to referee at the venue stage in Aberdeen due to the controversial round robin format then in operation. Not only was he able to referee a match involving the legendary Steve Davis, but he was able to witness his opponent, Leicester’s Tom Ford, put in a truly memorable performance to make three century breaks including a maximum on the way to a stunning 4-0 victory. 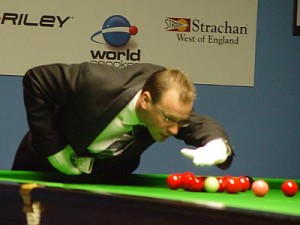 Since then he has continued to gain experience in the professional arena and like many referees, one day hopes to be able to  take charge of a match at the greatest venue of all, the famous Crucible Theatre in Sheffield.

With the increased amount of events staged from the beginning of the 2010/11 season, referees like Andy were given the opportunity to officiate a greater number of professional matches, particularly at the new Players Championship events.

Not only was Andy selected to officiate in the first of these events however but he was to be the man in the middle for a sensational maximum break by Norway’s Kurt Maflin against Michal Zielinski!

A further highlight was to come at the EPTC4 event at the South West Snooker Academy in Gloucester when Andy was selected to officiate in his first ranking event final.

Andy continued to be involved during the 2011/12 season, officiating at a number of the UK-based PTC events in both Sheffield and Gloucester. 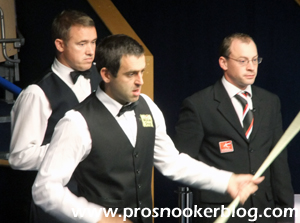 Most notably Andy was to take charge of the last 64 match between legends Ronnie O’Sullivan and Stephen Hendry at the PTC event in Gloucester, a contest that O’Sullivan would win 4-1.

Another highlight was to come at the qualifiers for the 2012 Haikou World Open qualifiers as Andy officiated a maximum break for the fourth time in his career, this time by Marco Fu during the sixth frame of his last 48 match against Matt Selt.

Andy cites the guidance of top referees Eirian Williams and Jan Verhaas as invaluable to his successful career so far, though he will admit to one embarrassing moment when once during a match he found that he had just 14 reds on the table and had to check all of the pockets to find the missing ball stuck in one of the pockets.

As well as being a referee, Andy is not a bad player either as evidenced by a high break of 94 and he also enjoys playing 9-ball pool and poker when not standing out there under the lights.

Finally he says that the best part of being a referee is the fact that he is involved with world class sportsmen, while the worst is the time he has to spend away from his family, including his three children, Jason, Katy, and young Dominic who was born in May 2009.

In July 2011 Andy helped to explain various changes to the rules of snooker here at PSB.

Many thanks to Andy for the extensive information provided.