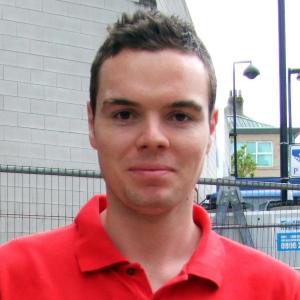 A terrific junior having won nearly 50 events, he continued this form in the amateur ranks before turning professional for the 2002/3 season. Unfortunately though he struggled for results and although he was able to retain his place for a second season, he was not able to repeat the feat in 2003/4 and duly lost his tour card.

He soon regained his place however by finishing top of the Challenge Tour in 2004/5 and enjoyed a brilliant return to the main tour by reaching the last 16 stage of three ranking events to finish the year just inside the top 48. Given the fact that most ‘newcomers’ to the tour struggle just to retain their place for the following year, to enter the rankings that high was in many ways a remarkable achievement.

It was to be the 2006/7 season where Cope was to really make an impression to the public at large however, firstly making the third ever 147 break seen at the Grand Prix before going all the way to the final in Aberdeen. Although he fought well from 8-2 down against Neil Robertson, the title was not to be his, though by getting that far he had already done his ranking a lot of good. He later backed this up further by reaching his second final of the season in China though the result was to be the same, losing 9-5 to Graeme Dott this time. By making these two finals he had at least done enough to secure a place in the top 32.

The 2007/8 season was not to be quite as successful, though he did perform well at the UK Championship in Telford before losing at the quarter-final stage. The other highlight was qualifying for the World Championship at the Crucible for the first time, though having started well, he was to lose out to former champion Peter Ebdon 10-9 in the first round. As a result he narrowly missed out on a place in the top 16 and would have to qualify for events once again in 2008/9.

Jamie’s 2008/9 campaign was a mixed one as he won the majority of his opening round matches and in Shanghai made his second competitive 147, but he did not really push on and reach the latter stages of a tournament. He did however impress many onlookers with his performances in the 2009 World Championship as he become one of just two qualifiers to reach the last 16 with an emphatic 10-6 win over Joe Perry.

Cope in action in Shanghai

Though he lost out to John Higgins in the last 16 having led 12-10, he again performed well and it took a special effort from the Scot to come back and win the match. The defeat meant that Jamie once again fell short of moving up into the top 16, but that he had at least moved up to a new high of 18th place in the rankings.

Looking to kick on and finally break into the top 16, again it did not quite happen for Jamie at the start of 2009/10 as while he won all three of his qualifying matches, he could not go further at any of the venues. His best chance undoubtedly came at the UK Championship as he led an out of sorts Mark Selby by four frames with a possible five to play, but just as against Higgins previously he could not get over the line and ended the year having let slip another lead at a major tournament.

It was a similar story during the second half of Jamie’s season, three good qualifying wins followed by three last 32 defeats, most notably a 10-4 reverse at the hands of 2008 finalist Ali Carter at the Crucible. This result confirmed that despite his consistent results, he would end the season just outside of the top 16 yet again, a hugely disappointing result for Jamie.

With the introduction of the Players Tour Championship, Jamie made a strong start to the 2010/11 season as he reached the semi-finals of the first event before doing the same at the season-opening Shanghai Masters. Although he could not go further in that event, surprisingly losing out 6-1 to Jamie Burnett, his performances were more than good enough to see him finally move up into the top 16 for the first time at the first mid-season rankings revision.

Following that tournament however Jamie struggled for victories, reaching the last 16 of just two further major ranking events heading into the season-ending World Championship which meant that he would have to win at least one match at the Crucible to retain his place inside the top 16. 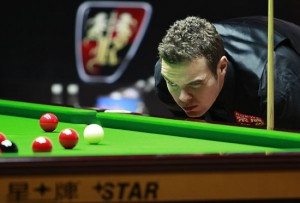 Jamie in action during the 2010 Shanghai Masters

Drawn against Welsh débutante Andrew Pagett, Jamie struggled to find his best form but eventually came through 10-7 to esnure that he would retain his place inside the top bracket. A disappointing performance in the next round against Welshman Mark Williams however would see his season end with a heavy 13-4 defeat.

Jamie began the 2011/12 season with the announcement that he had been diagnosed with an essential tremor, a hereditary condition that his father had also suffered from. Jamie told me at the time how the condition had affected him:

“For the past year or so I have found that I have struggled to stop my head and right arm from shaking which left me feeling unbalanced during so many matches, even during practice.”

“I am still testing it at the moment but since returning to practice having started a new course of medication it seems to be working. I have also been told that there is an alternative should it not solve the problem which is also reassuring.”

“It is a huge weight off my shoulders now and hopefully now I can push on.”

Despite the medication however, Jamie struggled to make an impression on tournaments during the early stages of 2011/12 with the result that he was to fall out of the world’s top 16 at the time of the first mid-season seedings revision.

Following this there was to be improvement with a run to the quarter-finals of PTC10 in Sheffield, as well as his third career 147 which came during the next event at the same venue, but a costly defeat to Joe Jogia in qualifying for the UK Championship was to prevent him from regaining a place inside the top 16 at the second seedings revision.

Jamie’s best result during the second half of the season was to come at the Haikou World Open where he was able to reach the last 16 with wins against Jamie Burnett and Martin Gould, before he was whitewashed by John Higgins.

Otherwise, although Jamie was able to qualify for the China Open with a 5-4 win against Alan McManus, his season was to end on a low note as he lost his World Championship qualifier 10-7 to Liu Chuang which meant that he would miss out on a return to the Crucible.

Jamie made a strong start to the 2012/13 season, reaching the last 16 of both of the season’s opening three full-ranking events, the Wuxi Classic, Australian Goldfields Open and Shanghai Masters events.

As talk of the continued difficulties related to his hereditary tremor grew louder however, Jamie was to suffer a nightmare opening half to 2013, as he lost a series of opening round matches, culminating in a 10-3 defeat to Dechawat Poomjaeng at the World Championship qualifiers, a result which saw him finish the season ranked 37th.

The highlight of Jamie’s 2013/14 season was to come at the World Championship qualifiers, as he defeated John Astley, Alex Borg and Mark King to qualify for the Crucible for the first time since 2011.

Though he was to lose out there in a decider to 2005 world champion Shaun Murphy, his performances to get that far were encouraging for Jamie in light of the continuing problems that he was experiencing with hsi cueing arm shaking when down on the shot.

He told the press following his final qualifying match that he had been working with a sports psychologist during the previous few months and although he was still having to manage the problem, was feeling as strong as he had for some time.

Otherwise, the season proved to be another year of inconsistency, good victories mixed with disappointing results, as he dropped to 43rd in the year-end rankings.

There was to be disappointment for Jamie as despite a strong season at European Tour level, he was to drop outside of the world’s top 64 following a 10-9 defeat to Steve Davis on the black at the World Championship qualifiers at Ponds Forge.

He would though earn a fresh two-year tour card from the start of the 2015/16 season thanks to his position on the European Order of Merit.