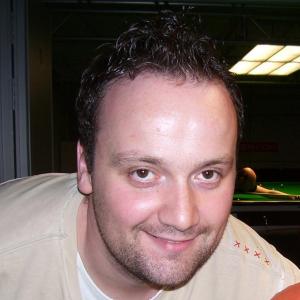 An ever-present on the tour from 1992 until 2007, Matt has always recorded consistent, if not spectacular results as generally he has hovered largely around the 70 mark in the rankings for much of his career.

He did however rise to a career high of 47th in 1999/2000 following a career-best run to the quarter-finals of the 1998 UK Championship, defeating James Wattana, Marco Fu and Michael Holt before seeing his run ended by eventual finalist Matthew Stevens.

Unfortunately Matt was not able to sustain that form however and within a couple of years he again found himself struggling to keep his place on the tour, eventually losing the fight when he finished 70th at the end of the 2006/7 season.

He was not away for long however as he settled straight into the PIOS and with victory in event four already behind him, he clinched his main tour return with a semi-final in the eighth and final event.

Thanks to these runs he was able to keep his place on the tour for the 2009/10 season by virtue of finishing inside the top eight on the one-year list of those not already inside the top 64 of the two-year rankings.

For the 2009/10 season Matt began working with coach Steve Feeney and enjoyed a decent start, reaching the third qualifying round of the Shanghai Masters and winning his opening matches at the next two events.

Having suffered a set-back at the Welsh Open with a first-round exit, he then defeated both David Hogan and Paul Davies during qualifying for the China Open to give himself a real chance of moving up into the top 64 heading into the World Championship.

Unfortunately however it was not to be as Matt went down 10-8 to Brendan O’Donoghue at the first hurdle, though thanks to his earlier results he was able to retain his tour status once again via the one-year list. 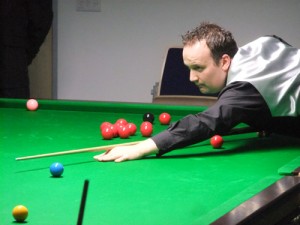 Matt at the EPTC4 event in Gloucester

Other highlights of the campaign were qualification for the final stages of the World Open where he was to lose out against the ever-improving Martin Gould, as well as third round appearances in both the UK Championship and China Open.

A heavy 10-3 defeat at the hands of Michael White during the World Championship qualifiers however meant that he was not able to finish the season ranked inside the top 64.

Matt was to struggle during the first half of the 2011/12 season, winning just four matches during the PTC series whilst also failing to make an impression during the qualifying stages for the full ranking events held which meant that by the time of the season’s second seedings revision he had fallen as low as 87th in the world rankings.

With the costs of competing on the main tour mounting and his relegation from the circuit almost inevitable, Matt was to enter just one further event during the season, the World Championship qualifiers, where he lost 10-5 to Liam Highfield in his opening match.