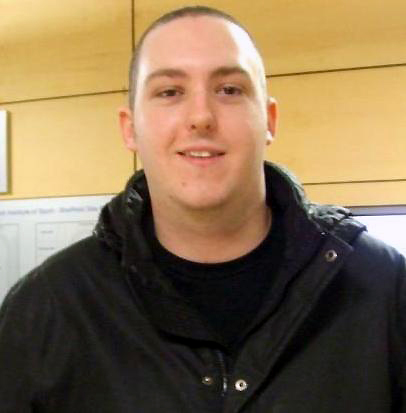 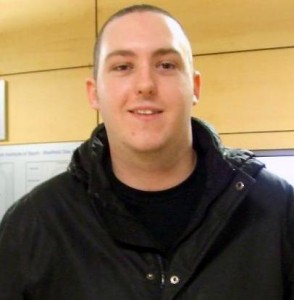 David first entered the main tour in 2008/9 with a formidable amateur record behind him having won the English Amateur Championship in 2005 and 2008, as well as in the 2003 Pontin’s under-19 Championship. His most significant success came in the 2008 European Championship however when he defeated Bolton amateur Craig Steadman 7-6 in the final to secure a place on the main tour for the following season.

Aside from a strong run to the last 64 of the Grand Prix it proved to be a début season to forget for David as he failed to win another match and finished up in 93rd place, losing his place on the tour as a result.

He had a chance to go further in the UK Championship when he led Jimmy White 8-6 with three frames to go but it was the Whirlwind who managed to recover and take them all but ending David’s hopes of survival.

Following a couple of years among the amateur ranks, David entered the new Q School at the end of the 2010/11 season in the hope of securing a return to the main tour. This he did in the first event as he defeated Gareth Allen, Mitchell Travis, Sydney Wilson, Jamie O’Neill and finally young Chinese talent Zhang Anda 4-1 to secure a professional place.

David made an unremarkable start to his second season as a professional as he struggled for victories during the majority of the PTC events, as well as the full ranking tournaments held such as the Australian Goldfields Open. 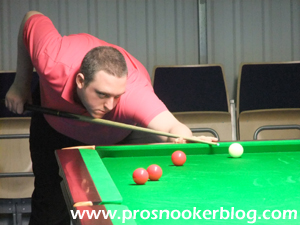 David at the 2011 Pink Ribbon Tournament

He was to however to finish the PTC events strongly with last 16 runs at both PTC10 and PTC12 to give himself an outside chance of retaining his place on the tour for the following season via the PTC Order of Merit.

David’s strongest professional performance to date was to come at the China Open qualifiers later in the season as he defeated Daniel Wells, Barry Pinches and most impressively Matt Selt to reach the final qualifying round of a full-ranking event for the first time. Though he was to lose out narrowly to Leicester’s Tom Ford having at one stage led 4-2, he was to carry his form into the season-ending World Championship with a 10-8 win against Sam Baird, before losing 10-5 to Alfie Burden in the second round.

Despite not making it to the Crucible, David’s PTC results earlier in the season were strong enough to see him retain his professional status for 2012/13.

David enjoyed a strong start to the 2012/13 season, equalling his best ranking event finish with a last 48 run at the Shanghai Masters qualifiers, as well as reaching the last 16 of the UKPTC1 event in Gloucester, before losing out to eventual runner-up Jack Lisowski. 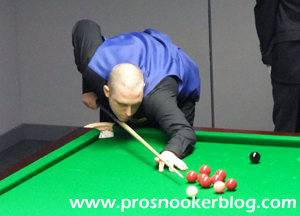 David at the 2013 World Championship qualifiers

From there however, David was to suffer a dip in form, losing his last seven matches of 2012 as the year drew to a close.

2013 was to see David compete in just three more tournaments, winning one match against India’s Pankaj Advani at the China Open qualifiers, while he lost out 10-9 to friend Craig Steadman at the season-ending World Championship qualifiers in a tense match.

The 2013/14 was to prove a mixed campaign for David Grace, as he lost his opening match in eight of the ten full-ranking events that he entered, including the World and UK Championship events.

He was though able to win four matches against Patrick Einsle, Anthony McGill, Dave Harold and Tom Ford to reach the last 32 of a ranking event for the first time in his career at the Shanghai Masters, before losing 5-0 to Barry Hawkins at the venue.

On the second year of his two-year tour card, it was to be at the European Tour events where he would cement his place on the circuit for a further two seasons however, nine victories in all enough to see him finish high enough on the European Order of Merit to earn a fresh tour card from the 2014/15 season.

David found wins hard to come by during 2014/15 as he won just one match at a full-ranking event, a 5-4 win against Jimmy Robertson early in the season at the Wuxi Classic qualifiers.

His best run overall came at Asian Tour event one as he won three matches to reach the last 16, but with defeat to Ryan Day he would eventually end the season ranked 110th.