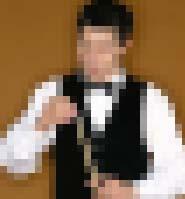 Rouzi Maimaiti made his debut at a professional event as a wildcard at two events during the 2010/11 season, losing out to Andrew Higginson at the Shanghai Masters and subsequently Robert Milkins at the China Open.

During the following season, he appeared at three APTC events, winning one match, but there was better to come at the Wuxi Classic where appearing as a wildcard, he defeated the experienced Dave Harold to reach the last 32, before losing 5-1 to Northern Ireland’s Mark Allen.

Rouzi was to improve significantly in 2013/14, winning eight matches during the four Asian Tour events staged, meaning that he would earn a two-year main tour card from the start of the 2014/15 season.