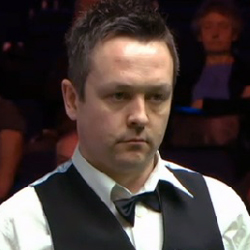 Once there, he then went on to defeat both Dave Harold and Alan McManus to reach the quarter-finals at the Crucible, before losing out 13-8 to Canadian Alain Robidoux.

Unfortunately for Lee, although he would go on to cause another upset at the Crucible seven years later with a first round victory against Stephen Lee, he failed to build upon his initial promise, ultimately being relegated from the tour at the end of the 2005/6 season.

He was able to regain his place at the first attempt through the PIOS, but would remain on tour for only a single season.

Since then, Lee continued his attempts to regain his spot on the main tour through events such as the Q School and the various prestigious international events, notably finishing as runner-up to Hossein Vafaei Ayouri at the 2011 IBSF World Championship in India.

He was finally to be successful at the 2014 Q School where he defeated Hassan Vaizie, Charlie Walters, Kacper Filipiak, Adam Duffy and Joe O’Connor to earn a two-year tour card from the start of the 2014/15 season.

“I entered Q School because I finished top of the Welsh rankings so I got a free place, plus Gloucester is only 15 minutes drive for me. I do a lot of coaching now and I’m not going to stop that, but I will be able to mix it with playing on the tour.

“I never really stopped playing, though these days I do five hours a week rather than five hours a day. I’m not looking any further than the next two years, but if I had one ambition in snooker it would be to play at the Crucible one more time, I really love it there.” 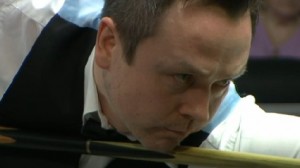 Lee was to win just four matches on his return to the main tour, but was to enjoy a moment of triumph on home soil as he knocked defending champion Ding Junhui out of the Welsh Open in the opening round with a 4-1 win.

The Welshman was also able to claim the scalp of David Morris at the World Championship qualifiers, coming back from 8-5 down to win a late-night decider and move into the second round.

Although he was to lose 10-6 against former world champion Ken Doherty, his results were enough to see him finish the season ranked 104th.