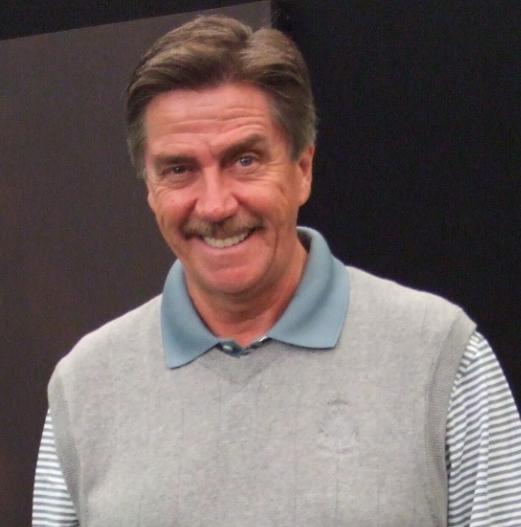 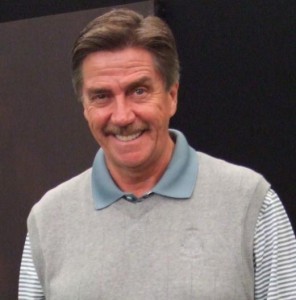 Known as ‘The Grinder’, what Cliff lacked in flair he made up for in determination and sheer will to win as he rose from difficult beginnings to become the first Canadian world champion and historically, the first man to make a maximum break at the Crucible Theatre.

One of only seven men to have reached the number one spot in the world rankings, Cliff’s place in snooker history is secure and today he continues to show a keen interest in the game, regularly making the trip over from Canada to visit the World Championship.

Growing up in his native Canada, Cliff picked up the game during his teenage years and by his early 20’s had heard enough from the top professionals of the day to convince him to relocate to the UK and enter the World Championship for the first time.

This he duly did and in 1973 he met Northern Ireland’s Dennis Taylor in what would turn out to be a tense first round match. Impressively he not only managed to win in a deciding frame, but he also pushed Rex Williams to a decider in his second round match before eventually going down 16-15.

Following this it took him a few years to really take the next step as he lost out in the early rounds but in 1977 as the tournament moved to the Crucible Theatre, he managed to defeat Williams, Eddie Charlton and Taylor again to reach the final for the first time. Up against old friend John Spencer, who had encouraged him to move to the UK in the first place however, he was to fall just short and lost out 25-21 as John took his third and final World Championship. 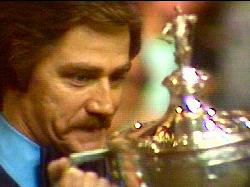 A few years later in 1980 though he had a second chance to go the extra mile as having already come through with wins over Doug Mountjoy, Jim Wych and David Taylor, he faced arch-rival Alex Higgins in the final. The two never saw eye to eye off the table and this made the final a real grudge match as both were desperate to lift the trophy at the Crucible for the first time.

After a predictably tight contest however it was Cliff who managed to come through to edge it 18-16 and take his first world title in the process. Despite the triumph of Horace Lindrum in 1952, this is generally regarded by fans as the first real win for an overseas player and following Terry Griffiths’ triumph the year previously, saw another new player add his name to the select few to have lifted the trophy.

Immediately after his greatest triumph he went through something of a tricky spell, though he did replace Ray Reardon as the world number one the following season and remains to this day one of just seven men to have held the position. In any case it was not long before he rediscovered the winning habit, winning the prestigious B&H Masters tournament on three occasions as well as the Scottish Masters twice and the World Cup with Canada.

His most memorable moment of all though was not to be a title, but a 147 – the first ever to be made at the Crucible which he recorded against Terry Griffiths in 1983. He actually managed to go on all the way to the final but following a series of long, gruelling matches, the grinder had nothing left to give and was hammered 18-6 by a dominant Steve Davis. 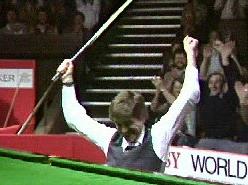 Although he was to remain competing until the end of the 1995/6 season, from this point his career began to gradually wind down as he took his last major title at the 1985 Matchroom Trophy, though he did again reach the final for the next two years. A two-tournament suspension for a positive drug test in 1988 accelerated his slide down the rankings however and in 1991 he dropped out of the top 32 for good.

In 1994 made his last appearance at the Crucible, agonisingly losing 10-9 to Nigel Bond having led 9-2 and having slipped down to 91st position in the rankings, he decided to hang up his cue for good in 1996.