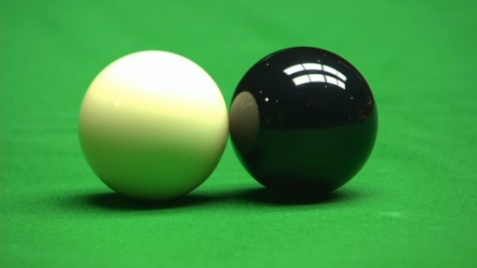 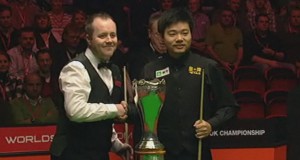 Following the amateur action last weekend at the Snookerbacker Classic and the World Seniors qualifiers, this Friday sees the return of the professional action, as the season’s second European Tour event is played to a conclusion in Gdynia, Poland…

It feels like a long time ago now, but back in August when the sun was shining and the dust had barely settled upon the Olympics, the first two rounds of this European Tour event were played at the EIS, Sheffield, a summary of which you can read here.

In short, despite the exits of Judd Trump, Mark Allen and Shaun Murphy, as well as the non-entry of Welshman Mark Williams, there remains a strong line-up in Poland with no fewer than four world champions in action.

The pick of the first-round ties has to be the clash between recent Shanghai Masters champion John Higgins and Chinese number one Ding Junhui, the pair last having met at the Welsh Open back in February when Ding came through a decider en route to his most recent ranking event triumph.

With a potential tie against world number one Mark Selby awaiting in the next round, the draw does not get any easier for whoever can come through that one, while the likes of Stephen Lee, Tom Ford and Graeme Dott are also lurking in the bottom half of the draw.

Turning to the upper section, the identity of the first man through to the last 16 is already known with Stuart Bingham having received a walkover against China’s Cao Yupeng, while Stephen Maguire and last season’s Polish PTC winner Neil Robertson will also be fancied to run deep into the tournament.

The event promises to be a promising experience for Michael Wasley who made it through to the last 32 with wins against Jimmy Robertson and fellow tour débutante Joel Walker, while at the opposite end of the scale, experienced duo Jimmy White and Dave Harold lock horns in the opening round at the venue.

The sole amateur through to the venue is On Q’s Kyren Wilson, who meets Kurt Maflin for a place in the last 16.

The action gets underway at 11am on Friday local time, with live coverage on Eurosport and Eurosport 2.