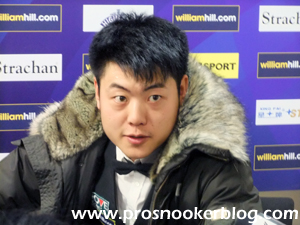 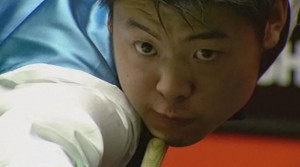 Congratulations to China’s Liang Wenbo, who yesterday defeated 15-year-old countryman Lyu Haotian to capture the AT3 title in his homeland, his first title carrying ranking points…

Defeating the likes of the in-form Anthony McGill and Liu Chuang on his way to the final, Liang hit breaks of 90, 62 and 61 in the final to overcome his less experienced opponent.

While these events fly somewhat under the radar to most, the run marks a welcome return to form for a player who not too long ago was just one match away from becoming his country’s number one. Of course Ding Junhui has now firmly established his position in that role, while the performances of players like Xiao Guodong and Cao Yupeng have overshadowed Liang in recent years, but this is a timely reminder of the talent that he possesses.

For Lyu, the event marks further progress for the Chinese prodigy, who claimed the scalps of Graeme Dott and Xiao Guodong on his way to the final, while there were further impressive performances from Anthony McGill and Gary Wilson, two players bang in form at the moment.

With three of the season’s four Asian tour events, the final Order of Merit is now beginning to take shape, with Ju Reti and Scott Donaldson looking certain to qualify for the main tour for 2014/15 and Liu Chuang and Lu Chenwei currently positioned to join them. A more detailed breakdown of this, plus the other routes onto the tour will follow later this year.

More immediately however comes the International Championship event, which starts this Sunday and will see all of the world’s elite players battling it out for the most important title of the season to date. You can view the draw by clicking here.