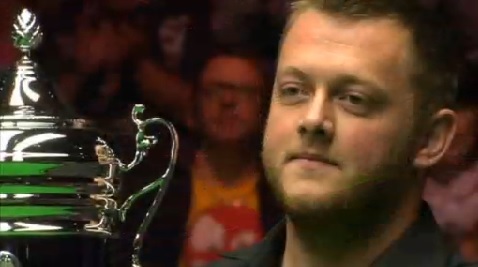 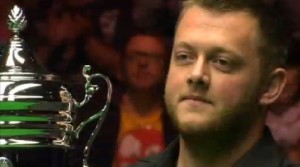 Having finished as runner-up in the first event of this season’s European Tour in Riga earlier in the month, Mark Allen went one better this evening by defeating Judd Trump 4-2 to win the 2014 Paul Hunter Classic in Germany.

Two of the most successful players in European Tour events since their inception back in 2010, it was perhaps no great surprise to see Mark Allen and Judd Trump make it through to the final of the ET2 event in Furth today.

With a close head to head record between the two down the years, it was always going to be difficult match to call and it was Allen who made the better start with an opening frame 52, before Trump quickly drew level with a run of 92.

From that point the match became increasingly scrappy, the next two frames seeing a high break of just 33 as the scoreline moved on to 2-2.

It was Allen who again hit the front by taking frame five, though not without a scare as Trump gained the snooker that he needed on the final red in order to bring himself back into the frame, before Allen eventually got over the line.

Having already come through two deciding frames earlier in the day, Allen was to avoid the need for another with a decisive break of 88 in frame six proving enough to earn him the title.

It represents a good weekend’s work for Mark, who now has four European Tour titles to his name, level with Judd and behind only world number one Mark Selby. As well as the top prize of €25,000m the victory also cements his place in the Players Championship Grand Finals next spring, as well as earning him a place in this year’s invitational Champion of Champions event. Having come close to securing the ET1 title in Riga earlier this month, being denied only by a trademark Selby comeback in the final, it is a particularly good effort from Allen to bounce back and win his next event.

For Judd meanwhile, despite defeat he has still enjoyed a strong start to the season, this run together with his victory in Bendigo last month helping to consolidate his position inside the world’s top six.

The finalists (and Aditya Mehta’s 147) aside, this year’s tournament will perhaps best be remembered for Rod Lawler’s marathon run to the semi-finals, which saw his last 32 match with James Cahill finish at around 3:30am local time, with his next match due to start barely six hours later. Reminiscent of his PTC victory in Gloucester almost exactly two years ago, Rod today defied the effects of fatigue to defeat both Fraser Patrick and Dechawat Poomjaeng to reach the last four, eventually losing a decider with Allen.

Elsewhere, Ronnie O’Sullivan made his first appearance of the season, winning three matches on Friday before losing out this morning to China’s Tian Pengfei at the last 16 stage. Both Mark Selby and Neil Robertson made it through to the final day before losing out to Ricky Walden and Dechawat Poomjaeng respectively, though Robertson could easily have made an early exit yesterday, Elliot Slessor surrendering a 3-1 lead in their opening round match.

One youngster who made a real impression was James Cahill, who prior to his defeat to Lawler was able to claim the scalp of John Higgins, coming back from 62 points down with a clearance of 65 to take a 4-2 victory. He struggled for results during his rookie season on tour last year, but perhaps like Joel Walker before him, Cahill is now well-placed to push on this term with a year’s experience now under his belt. A word also for Fraser Patrick, whose last 16 run earned him more money than he was able to win during the who of the 2013/14 season.

As for the tournament as a whole, it was no surprise to see what is surely the biggest European Tour event on the calendar to be as well supported by the crowd as ever, a suitably fitting tribute to Paul Hunter, unbelievably almost eight years on from his passing.

Next up comes the 6 Red World Championship, before the venue stages of the Shanghai Masters, the biggest event of the season so far.