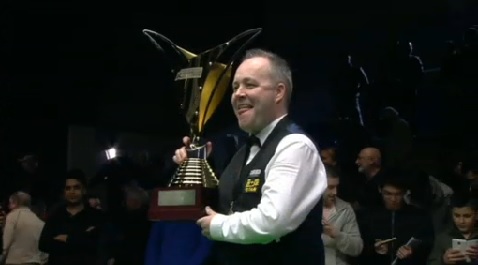 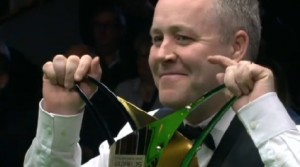 Congratulations to John Higgins who has defeated Martin Gould in a thrilling final 9-8 to win the 2015 Australian Goldfields Open, his 27th career ranking event title.

The Scot takes home the £37.500 top prize and moves up one place in the rankings to 12th, but it will be the prize that means the most to Higgins, who has now won two big ranking events so far this calendar year.

It always had the look of being a close final and so it proved, as John Higgins and Martin Gould were level at 2-2, 4-4, 7-7 and finally 8-8 after hours of battle in Australia.

Gould had the first chance in the decider, but ultimately it was Higgins who would return to the table and clinch victory with a typically clutch one-visit break of 89.

Many of the words that I wrote about John following his victory at the Welsh Open back in February still apply and certainly given his struggles even as recently as six months ago, he will be delighted to have added another ranking event title to his already impressive CV, his first as a 40-year-old.

While clearly the Scot is closer to the end of his career than the start, he clearly remains a formidable force and is so far one of only two players to have won two ranking tournaments during this calendar year. In terms of rankings, the result is perhaps not as significant as it might have been with the relatively low winner’s cheque on offer in comparison to other ranking events, but it consolidates his position inside the top 16 for the foreseeable future and nudges him up above Marco Fu. 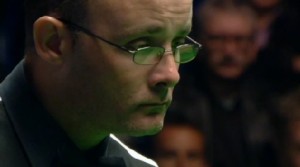 For Martin, a disappointing outcome to a positive week overall and he can be happy with his performance today, which in terms of the match stats was almost identical to that of Higgins.

Again, he does not shoot up the ranking list as perhaps one might expect him to having reached a full-ranking event final, but it is nevertheless a strong start to the new season and with significantly fewer ranking points to defend than all  24 players above him in the rankings, we can expect him to join the battle for a top 16 place by the end of the season.

Next up, a rare month off from professional snooker, before the return of the Riga Open from 29th July 2015 as Mark Selby looks to defend the title that he won there a year ago.