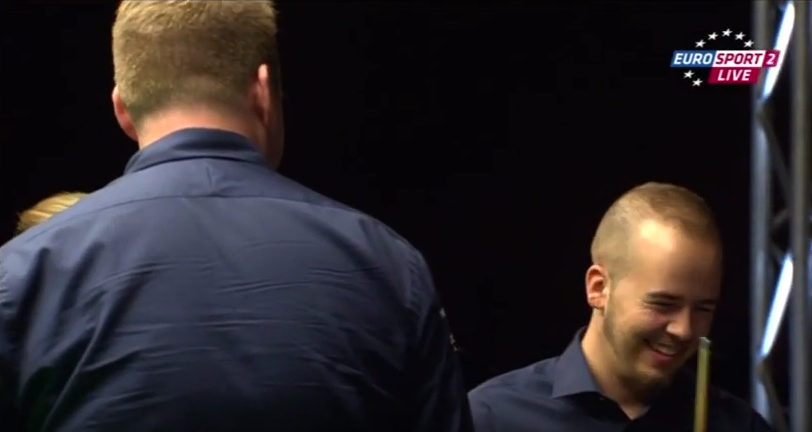 During recent years the subject of ‘kicks’ is one that has dominated a lot of snooker discussion, to the extent that a number of outside observers have become weary of hearing complaints about conditions.

Tonight however it was impossible to ignore the kick suffered by Shaun Murphy during the sixth frame of his 4-2 victory against Luca Brecel at the 2015 Paul Hunter Classic, which you can view here on YouTube.

Thankfully the kick did not change the outcome of the match, Shaun eventually able to get himself over the line later in the frame, but the reaction of both players was a comical one and Shaun has since confirmed on Twitter that it was the biggest that he had ever seen.

Ironically, Shaun is of course probably the greatest advocate of the introduction of ball polish in professional events, a debate that I looked at a few months ago here at PSB.

Without wanting to get into that debate too deeply again here, it will be interesting to see whether any further experiments with the polish, or any other potential solution are undertaken during the course of this season.

Was Shaun’s kick tonight the biggest that you have ever seen, or can you remember another? Let me know in the comments section below…