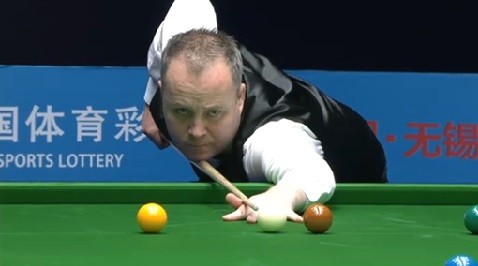 Having led 4-0, in the process extending his streak of consecutive frames won to an impressive 15, the Scot found himself under increasing pressure from his opponent, who closed the gap to just two frames at 5-3.

Whilst I was not able to watch the match live, I later read that John Higgins had declared his shot on the final pink during the tenth frame as one of his ‘best ever’ shots, so I made a point of keeping an eye out for it later in the evening.

Higgins will now play world number one Mark Selby on Saturday over the best of 17 frames for a place in the final, while tomorrow we will see Thepchaiya Un-Nooh take on David Gilbert in what looks to be an intriguing match-up, both players in fantastic form lately and looking to make it to their first career ranking event final.