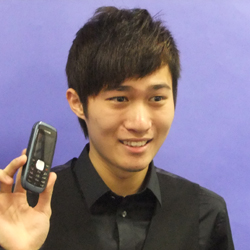 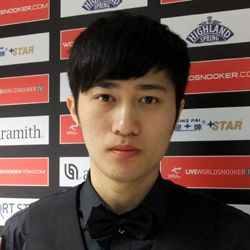 A former national under-21 champion, Cao Yupeng’s first appearance on our screens came at the 2009 China Open when he lost out 5-2 to eventual semi-finalist Stuart Pettman. He was again to feature at the tournament two years later in 2011 against Norway’s Kurt Maflin but the outcome was to be a similar one as he lost the match 5-3.

Better was to come however just weeks later at the Asian U-21 Championship where he defeated Hossein Vafaei to win the title and in doing so secure a place on the main tour for the 2011/12 season.

Making his professional début during the 2011/12 season, Cao was to experience a quietly impressive start, notably reaching the third qualifying rounds of both the Shanghai Masters and UK Championship tournaments before losing out to Michael Holt and Matthew Selt respectively.

Cao was though to struggle during the PTC series, his best result being a last 32 run at PTC6 in Warsaw, Poland.

Following the turn of the year, Cao was to perform well, winning two matches at both the Welsh and China Open qualifiers, before defeating Kurt Maflin, Dave Harold, Nigel Bond and finally Tom Ford to qualify for the Crucible for the first time in his career.

The biggest shock however was still to come, as the Chinese youngster was able to shock Mark Allen 10-6 in the last 32, before losing out to Ryan Day 13-7 in the second round.

Away from the table, Cao began the 2012/13 season with the announcement that he would be joining the On Q Promotions management stable, alongside fellow Chinese players Tian Pengfei and Xiao Guodong.

Back on the baize meanwhile, following his superb end to the previous campaign, Cao picked up from where he left off in 2012/13 by successfully qualifying for the venue stages of the Australian Goldfields Open with victories against Paul Davison, Alfie Burden and Mike Dunn, added to a walkover against Anthony Hamilton. 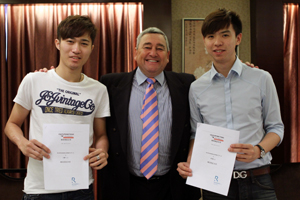 Cao signs for On Q Promotions

At the venue he then defeated wildcard Johl Younger and Crucible finalist Ali Carter, before losing out to Martin Gould at the last 16 stage.

More was to come at the inaugural International Championship, which he qualified for with victories against Tian Pengfei, Matt Selt and Tom Ford, before he shocked four-time world champion John Higgins at the venue to again reach the last 16.

Though he lost out there to Crucible foe Mark Allen, he then reached the quarter-finals of the APTC3 event the following week, before qualifying for the final stages of the UK Championship in York where he would lost 6-1 to Mark Davis.

The second half of Cao’s season however was to prove a struggle, as he won just one of his last 10 matches, culminating in defeat to countryman Zhang Anda at the 2013 World Championship qualifiers.

Thanks to his early-season performances however, Cao was able to finish the season at a career-high ranking of 65, the third-highest player of those who had started the season on a two-year tour card, without starter points.

Cao was to begin the 2013/14  season with a career-best run to the quarter-finals of the Wuxi Classic, where he lost out 5-4 to eventual champion Neil Robertson.

Having also won three matches to successfully qualify for the venue stages of the Shanghai Masters soon afterwards, as well as reached the quarter-finals of the Asian Tour 1 event early in the season, Cao’s form was to drop off markedly as the season progressed.

Indeed aside from at the next two Asian Tour events, where Cao also played well on home soil, Cao was to win just a further six matches during the remainder of the campaign, his season coming to an end with a 10-8 defeat to Jamie Burnett at the World Championship.

Cao’s strongest result during 2014/15 was to come early at the Wuxi Classic as he won three matches to reach the last 16, losing to Finland’s Robin Hull.

Otherwise however he was to struggle, dropping 14 places in the rankings during the course of the season.