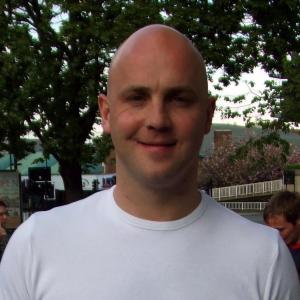 A likeable character, Mark King has been a professional since 1991 and remains capable of causing an upset as he showed at the World Championship in 2008 by beating Mark Selby in round one. Although he has rarely threatened to truly challenge the elite group at the top of the game on a consistent basis, his results have generally been enough to keep him in and around the top 16.

Turning professional at the start of the 1991/2 season following a solid amateur career, it was to take Mark a number of years to really make a big impact on the main tour. His ranking though did improve steadily each season as he moved into the top 48 for the first time by the end of 1995/6.

It was to be the following season where he was to really make people sit up and take notice as he reached his first ranking event final at the 1997 Welsh Open, taking out local hero Mark Williams. Despite a heavy defeat to Stephen Hendry in the final, this result was to do wonders for King’s confidence, as well as his ranking which was now up to a career high of 20th.

King in action at a Pro-Am event

Inspired by this run, in the following season he was to again perform strongly at the Welsh Open by reaching the semi-final, as well as making a quarter final appearance at the UK Championship. These combined with his other consistent results were enough to elevate him into the elite top 16 bracket for the first time where he was to remain for the next two seasons.

At the end of the 2002/03 season however, King was to reach rock bottom and following a poor run of results culminating in defeat at the World Championship to Drew Henry, he stated during an interview with the BBC that he intended to quit the game. Thankfully though, King soon changed his mind and decided to stick at it, returning to the qualifiers where he would have to play following his exit from the top 16.

Over the past few years King’s results have been consistent if not spectacular which has left his ranking always being around the magical top 16 mark. Following a successful finish to the 2007/8 season when he defeated the in-form Mark Selby at the first round of the 2008 World Championship, King is back was back up into that bracket in 15th position.

He had another chance to reach that elusive first World Championship quarter-final in 2009 but as was the case three years earlier, saw his Crucible campaign ended by Stephen Maguire in what on this occasion proved to be a low quality match. Indeed the most notable statistic to come from their meeting was that the second frame of the match somehow progressed for exactly 75 minutes, a new record at the Crucible. In reaching the last 16 stage at least, Mark had done enough to retain his place inside the top 16 for another season.

The early part of Mark’s 2009/10 season continued in much the same way as the last. In each of the season’s opening three events Mark was able to win his opening match before coming unstuck in his second against the likes of Ricky Walden, Liang Wenbo and Robert Milkins. He did enjoy a satisfying victory over Walden in the last 32 of the Grand Prix however when he recovered from 3-1 down and then from needing three snookers in the deciding frame to emerge the winner.

His consistent form was to continue until the season-ending World Championship where he was to lose out 10-9 to Steve Davis following a nail-biting session of snooker. Despite that defeat however his steady accumulation of points throughout the season was enough to see him retain his top 16 place for a further season, moving up one place in the rankings to 15th.

Mark began the 2010/11 season in reasonable form during the Players Tour Championship as he won a number of early matches but he was not able to progress beyond the last 64 of any of the first 11 event.

Mark did however perform well at the season’s first major tournament, the Shanghai Masters as he defeated Joe Delaney and Peter Ebdon to reach the quarter-final stage. Although he was then unable to defeat Mark Selby to progress further, he had at least done enough to secure his place inside the top 16 at the first cut-off.

From there however the consistency during the opening rounds of tournaments which had enabled him to remain ranked inside the top 16 was to desert him as he lost his first match in three of the season’s final five ranking events. As a result despite being able to share the World Championship high break prize with his 138 at the last 32 stage against Graeme Dott, Mark would finish the season ranked 26th.

The start to 2011/12 was a difficult one for Mark as he lost his Australian Goldfields Open qualifier 5-0 to David Gilbert, while also winning just one match from his first three PTC events.

Better was to come at the Shanghai Masters however as having qualified for the venue stages, he then defeated Ali Carter, Fergal O’Brien and Anthony Hamilton to reach the semi-finals, before his run was ended by an inspired Mark Selby, a 6-0 winner on the day. 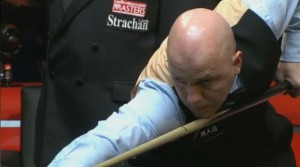 Subsequent performances during the PTC events were to be mixed, two last 16 runs proving to be his best results, but he had at least done enough to secure his top 32 place at the season’s halfway point.

After Christmas, Mark’s best result was to come at the Haikou World Open when defeated Mark Williams and Tom Ford to reach the quarter-final stage, before losing out to eventual champion Mark Allen in the last eight.

Though his season was to end with a disappointing 10-8 defeat to Belgian talent Luca Brecel, Mark was able to retain his top 32 place at the end of the campaign, finishing 31st.

Mark made a slow start to the 2012/13 season, losing his first four matches, two of which were in qualifying for the Wuxi Classic and Australian Goldfields Open tournaments.

Better was to come however, as he qualified for the final stages of the Shanghai Masters, where he defeated wildcard Zhao Xintong and home favourite Ding Junhui, before losing out to Shaun Murphy in the last 16. 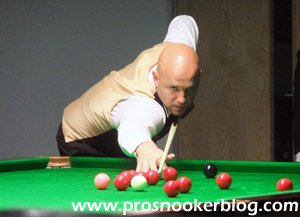 Mark’s best result in a PTC event was to come at the ET1 event, where he made it through to the last 16, while he repeated the feat at the last major of 2012, the UK Championship. Having qualified for the event with a 6-0 victory against another Chinese player in Xiao Guodong, once there he upset former champion Mark Williams in the last 32, before again falling victim to young Belgian prodigy Luca Brecel, losing out 6-4.

The second half of Mark’s season was to prove solid, as he qualified for the majority of venue stages, twice making it through to the last 16 stages of events at the German Masters and World Championship events.

He was particularly impressive at the Crucible as having qualified for the event with a 10-9 victory against Yu Delu, he then produced some terrific snooker to defeat Mark Allen 10-8, before losing 13-9 to Ding Junhui in the second round.

Mark’s best result of the 2013/14 season was to come towards its end, as he defeated Chris Norbury, Aditya Mehta, Marco Fu and Jamie O’Neill to reach the quarter-finals of the China Open, losing to eventual champion Ding Junhui.

Otherwise it was to be a solid, if not spectacular season for Mark, last 16 appearances at the Wuxi Classic and Shanghai Masters, as well as a further three last 32 runs representing his strongest results in the remaining full-ranking events.

Though his season would end in disappointment with defeat to Jamie Cope at the World Championship qualifiers, Mark had done enough to finish the season ranked inside the top 32 at 28th.

The 2014/15 season would prove to be mixed for Mark as he struggled for victories at full-ranking events during the early months, but he was able to win 12 matches at European Tour level to qualify for the Players Championship in Thailand towards the end of the campaign.

There he would defeat Jamie Burnett to reach the last 16 of a full-ranking event for the first time during the season, before losing 4-2 to Judd Trump.

He also came close to making it back to the Crucible for the first time in a couple of years, but fell 10-9 to emerging Scot Anthony McGill in the final qualifying round for the 2015 World Championship.

He would though finish the season down eight places to 36th in the world rankings, outside of the top 32 for the first time since 1996.