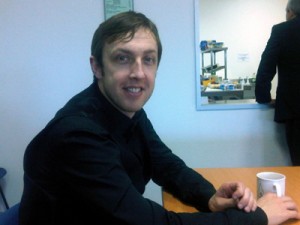 A professional of some 15 years now, Widnes’ Andrew Higginson is arguably now in the best run of sustained form of his professional career and as a result sits on the brink of a place in the top 16 for the first time in his career. Andrew spoke to his local paper recently about his place in the game at the moment…

You can read the full interview with Andrew at http://www.runcornandwidnesweeklynews.co.uk

Having struggled to make an impact on the main tour for a number of years, Andrew first caught the attention of many snooker fans back in 2006/7 when he progressed to the last 16 of the Malta Cup before then embarking on a shock run to the final of the Welsh Open, beating the likes of John Higgins, Ali Carter and Stephen Maguire along the way before eventually falling at the hands of Neil Robertson in a deciding frame.

While he could not sustain this form during the following season, his run clearly gave him a confidence boost:

“But it doesn’t faze me playing the top players as all of them are beatable and I’ve proved it in big matches.”

“I’ve beaten one of the greatest players ever in John Higgins on the big stage and made maximums on the telly.”

“Some people think I’m mad but I go into every tournament trying to win it!”

Now however Andrew is quietly earning himself a reputation on the tour as one of the players to avoid having reached the last 16 of the three major ranking events staged this season as well as the semi-finals of two Players Tour Championship events. 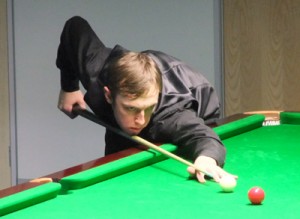 In particular a win against Peter Ebdon in the last 32 of the recent UK Championship was a satisfying victory for Higginson having lost to the former world champion at the same stage of the event a couple of seasons ago. Neil Robertson however proved to be too strong in the next round although he was given a fright before eventually getting over the line:

“I was pleased to get to the last 16 and to be beating Dominic Dale in the qualifying round really set me on my way as he’s been there and done it.”

“Ebdon beat me two years ago so it was in my mind that I owed him. When he’s on form he’s the most dangerous player around and nothing on the table is safe.”

“It wasn’t the greatest match but I remember thinking that if I kept close to him I would win, which I did.”

“I’ve played Robertson six times now and the score between us is three all.”

“He doesn’t like playing me but he has always won the big games that everybody sees!”

“He played the best snooker of his life and didn’t miss a ball in the first seven frames, so what can you do?”

Having managed to just move up inside the top 32 for the first time at the end of last season, Andrew now sits in 19th place on my latest projected seedings list having qualified for the final stages of the upcoming German Masters with a 5-2 victory over Tony Drago yesterday.

With relatively few points to defend compared to the players around him, there is every chance that he could break through into that all-important top 16 bracket before the end of the season and who knows, with another good run in Wales perhaps he could do so in time for the Crucible this year.

On a personal level having met him a few times at the venues, initially at the Paul Hunter English Open in Leeds last year it would be great to see him there as he comes across as one of the most likeable players on the tour and he is now starting to record the results to go with it…