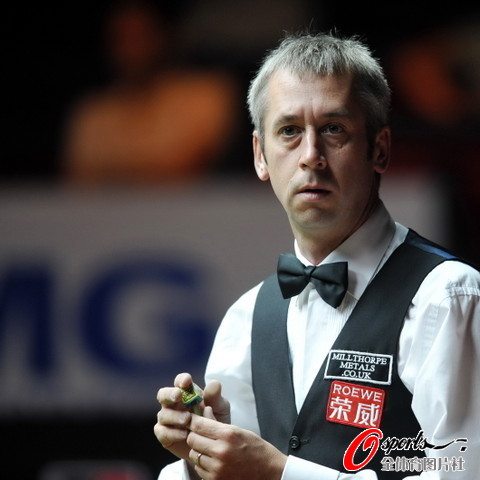 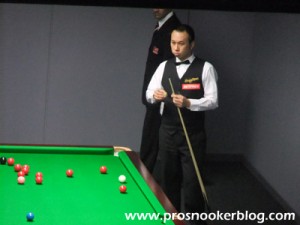 Day three from Sheffield and it has been a bit of a shocker for a number of veteran players as Steve Davis, Tony Drago and Jimmy White have all exited the tournament. There was though another win for Thailand’s James Wattana…

Having earned a main tour reprieve for this season as one of World Snooker’s three selected wildcard players, Thailand’s James Wattana has continued his impressive run this week by defeating fellow veteran Dave Harold 5-2 today to advance to the final qualifying round. While he was unable to top his break of 138 compiled yesterday against Andy Hicks, James will now meet Joe Perry tomorrow with the winner set to earn a crack at former 2009 event winner Ronnie O’Sullivan at the venue stage.

Two players who will not be in Shanghai however are Steve Davis and Jimmy White, both of whom suffered heavy defeats today at the hands of Passakorn Suwannawat and Nigel Bond respectively. For Jimmy the result is less problematic, the six-time former world finalist having secured a reasonable haul of ranking points with his win yesterday but for Davis the defeat only serves to jeopardise his top 48 status further. With the points from his quarter-final run at the 2010 World Championship set to come off at the end of this season, it is important that Steve does get some more points on the board in advance if he is to avoid a sharp drop come next May.

It was however a better day for the man who Steve was able to defeat at this season’s World Championship qualifiers, Jack Lisowski, as the youngster roared to his second 5-0 victory of the week, this time against Mike Dunn. Without wanting to take anything away from Jack it should be pointed out that Mike has been struggling with illness for a number of days as reported on his Twitter page so it was always going to be a difficult match for him and hopefully he will be fighting fit again for the PTC at the weekend. Well done to Jack though, he now faces Marco Fu for a place at his fourth career venue. 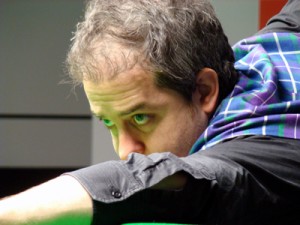 There was a good win today for Anthony Hamilton as the Nottingham pro saw off Scotland’s Alan McManus 5-3 to set up a clash with Australian Open semi-finalist Ken Doherty tomorrow. While a win against Alan is always a good result in the qualifiers, for Anthony it is especially positive given the lack of match practice that he has had recently as a result of neck problems suffered at the start of the season.

As well as James Wattana, China’s Liu Song and perhaps more surprisingly India’s Aditya Mehta have also made it through to the final qualifying round with wins against Tony Drago and Welshman Jamie Jones respectively today. Liu will now meet Mark King for a crack at defending champion Ali Carter out in Shanghai while Aditya’s reward for a fantastic win against Jones will be a match with another Welshman, this time Ryan Day.

In the longest match of the session Barry Pinches came through 5-4 against Peter Lines not long before 8pm, the two having started their match at 2:30pm, while in the first of the evening matches back to back centuries from Kurt Maflin have helped to put him 4-0 up against Mark Joyce at the time of writing, a tremendous performance.