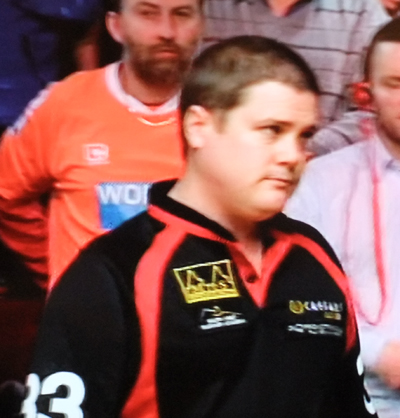 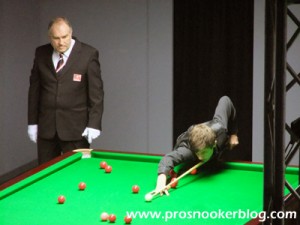 20-year-old Jack Lisowski today enhanced his growing reputation further with an excellent 5-1 victory against Hong Kong’s Marco Fu to qualify for the fourth venue of his professional career to date. Having failed to win a match in qualifying for either of the two Chinese events last season Jack will no doubt be especially pleased to have won three this week and can now look forward to a wildcard match before hopefully taking on Jamie Cope in the last 32. Very shortly I hope to have the first of a regular series of blogs up from Jack so you will be able to hear more from the man himself in due course.

Also winning through impressively was Nigel Bond who built upon his whitewash of Jimmy White yesterday with an eye-catching 5-0 success against the in-form Scot Marcus Campbell this afternoon. After a tricky run a couple of seasons ago Nigel has consistently reached the venue stages of events recently, despite having to win two qualifying matches to do so and is now set to face Mark Selby in Shanghai. Defeat for Marcus however probably ends his hopes of climbing up into the top 16 at the season’s first cut-off point, though he remains well-placed inside the top 32.

There were mixed fortunes for the players involved today who has progressed through from the first-round as Thai veteran James Wattana qualified with a fantastic 5-1 win against Joe Perry, but Aditya Mehta and Passakorn Suwannawat saw their strong runs brought to an end by Ryan Day and Stephen Lee respectively. Wattana moves on to a tie with Ronnie O’Sullivan out in Shanghai (assuming that he can first see of a wildcard), while Lee has given his chances of a top 16 place at the first cut-off point a boost. Ryan Day too has gained further important ranking points, winning yet another qualifying match to consolidate his position inside the top 32.

It was not such a good day however for Australian Open semi-finalist Ken Doherty as he slipped to a 5-2 defeat against Nottingham’s Anthony Hamilton in one of the streamed morning matches. The result means that despite Ken’s revival in Australia, he remains precariously placed in 32nd in my latest projected seedings list and has work to do yet in the upcoming PTC tournaments. For Anthony though it is a very good result and one that sees him make up some important ground following a tricky start to the campaign.

Elsewhere there was yet another win for Dominic Dale as the former 2007 Shanghai champion further consolidated his position inside the world’s top 32 with a 5-3 success against Scotland’s Jamie Burnett. Robert Milkins won his On Q derby while Fergal O’Brien took a 5-1 victory against the struggling Ricky Walden, a man without a win since the China Open.