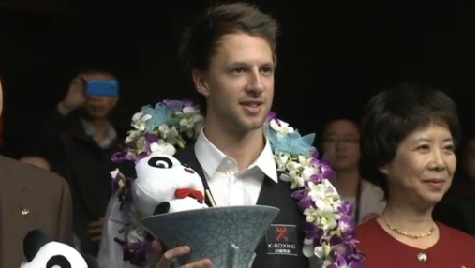 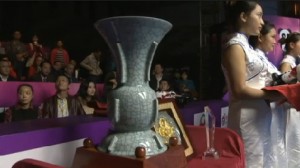 As the seniors conclude their World Championship event in Portsmouth today, many miles away in China, a number of professionals have already moved on to their next tournament, with the AT3 event kicking off in Zhengzhou, ahead of next week’s International Championship.

It has been a year which has seen probably more tournaments staged in China than ever before, but the upcoming two will represent the last stop there for 2013 as we head towards the end of the year.

While you could be forgiven for thinking that the tour would be winding down after such a busy year, this could not be further from the truth as we approach the Masters cut-off in December and both of these events are significant for different reasons.

First up is the AT3 event, which having been moved around the calendar a few times since the schedule was first revealed in the spring, actually started this morning in Zhengzhou.

While to the untrained eye, these smaller events with just a £10,000 top prize and 2,000 ranking points available to the winner, might appear insignificant, in fact with both PTC Grand Finals and main tour places up for grabs, for the professionals involved there is much to play for.

For ease of reference, the professionals involved this week are:

Meanwhile, next Sunday sees the start of the International Championship, won last season by Judd Trump in Chengdu. Not only is this the biggest tournament in China, but the it also represents the biggest event of the season so far, both in terms of ranking points and prize money.

You can view the full drawsheet here, which shows the most of the world’s top players will be involved, notably with Ronnie O’Sullivan making his first appearance in a full-ranking event since the World Championship back in May.

A full tournament preview will follow next Saturday, but I am looking forward to the return of what was a very successful event last year. While the tournament will again be staged in Chengdu, I do understand that there will be a different venue this year, where hopefully the conditions will be just as good.

From there, the circuit returns to Europe with European Tour events in Gloucester and Antwerp, as well as the Champion of Champions event and UK Championship at the end of November.

Around this time, with the picture somewhat clearer as far as tour places and PTC Finals places are concerned, I will produce a detailed analysis of where everybody stands in respect of both lists.

It is going to be a busy six weeks or so…