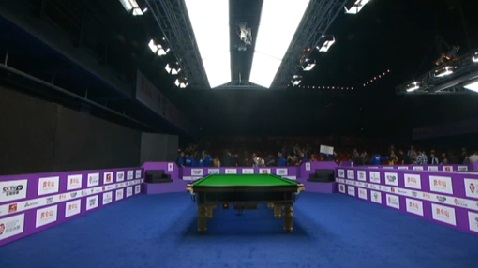 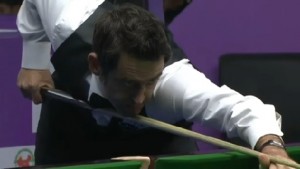 Today saw the start of the second International Championship in Chengdu, as Ronnie O’Sullivan and John Higgins were among the winners, while there was to be one casualty from the ever-controversial wildcard round.

Click below for a round-up of the action today…

Competing in what is only his second full ranking event in 18 months, Ronnie O’Sullivan moved into the last 32 today with a 6-2 win over in-form Scotsman Anthony McGill.

Although on paper the win looks to have been a routine one, both players were relatively even in the break-building department, but it was O’Sullivan who crucially was able to win the close ones.

In particular, McGill had chances to close to 4-3 in the middle part of the match, but again it was O’Sullivan who took an important seventh frame following an unfortunate in-off for McGill, before quickly adding the next to secure victory.

Next up for the reigning world champion will be a clash with last week’s AT3 winner Liang Wenbo, after the Chinese number three ran out a 6-3 winner against countryman Li Yan. Liang made a strong start to the match with an opening frame break of 111, before adding runs of 76, 99 and 54 on his way to victory.

As well as O’Sullivan, there was also victory for another multiple world champion today, as John Higgins saw off veteran Northern Irishman Joe Swail to progress to the last 32. Higgins made a flying start, breaks of 105, 83 and 62 to lead 4-0 at the mid-session interval and although Swail was able to hit a century of his own in frame six, Higgins was not to be denied. 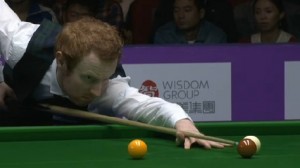 Awaiting Higgins in the next round will be Welshman Matthew Stevens, who recovered from an early 2-0 deficit to edge out Rory McLeod 6-4. It was not to be the highest scoring match of the day, but with breaks of 69, 60 and 60, it was Stevens who had a little too much for his lower ranked opponent.

While Swail was not able to progress today, his countryman Mark Allen was a comfortable 6-1 winner against China’s Tian Pengfei, a string of big breaks underlining probably the performance of the day in Chengdu.

Twice a winner at the Haikou World Open in recent years, Allen will be hoping to add the International Championship to his CV this week and looks to be one of the leading contenders to emerge from the top half of the draw at this event. He will next play the experienced Dave Harold in the last 32, after the Stoke potter hit a top run of 104 on his way to a 6-4 win against India’s Pankaj Advani.

Elsewhere, there were wins for Martin Gould, Graeme Dott, Mark Davis, and Stuart Carrington, while one of the performances of the day came from Joe Perry against Welsh youngster Jamie Jones. As Jones raced into a 5-1 lead, it looked to be only a matter of time before he sealed a confidence boosting victory against AT1 winner Perry, but it was Joe who would have the final say, breaks of 82 and 107 helping him complete a five frame winning streak to reach the last 32.

There was also to be an impressive win for Kurt Maflin against top 16 player Robert Milkins, while in the wildcard round, Steve Davis was to be the sole professional casualty, losing 6-1 to Zhou Xintong in the evening session.