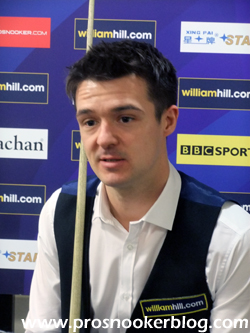 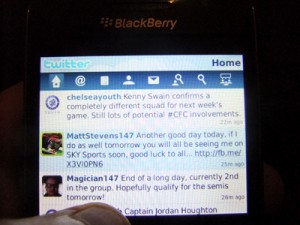 Since professional snooker ‘hit’ Twitter two or three years ago, it has given us a fascinating insight into the personalities of a number of the players, officials and other characters involved in the game.

What is interesting to me is the different ways that players use Twitter, for example you have the banter of Mark Williams, the forthright opinions of Michael Holt, the wit of Steve Davis, the insight of Alan McManus and the interaction of Shaun Murphy, to mention just a few.

But which players do you enjoy following on Twitter the most? I asked the question a couple of days ago and you can find the best responses below, with one player clearly coming out on top…

Mark Williams! His banter is brilliant!

mark Williams and holty are the only ones worth following #theotherssendyoutosleep

Williams for his humour, Holt for his opinions (whether right or wrong), Carter for his moaning, probably the best three,

@markwil147, as he seems to have fun on here, and @SteveSnooker (he’s a legend, and he responded to a tweet I made once!)…Also I give extra credit to those players who don’t have that predictable ‘147’ in their usernames… 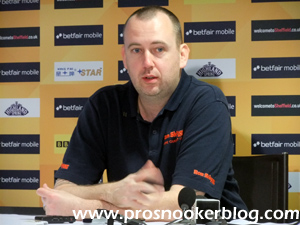 Steve Davis, one of a select handful that ‘get’ Twitter.

All of the players I follow but of them probably Willo.

Robbo Smurf Alfie MJW Gouldy Milkins Nugget …..Why? any info on snooker helps if your a snooker punter

MJW and Holty are good value. Murphy gives a good view on the game. Plenty of others too.

Can’t be managers? Ok – Shaun Murphy as he is arguably the most fan-friendly player on the top 16. Also Stuart Bingham 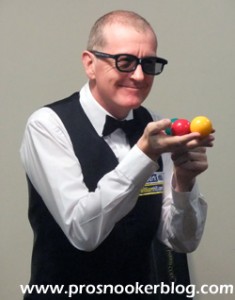 i like @Stuart__Bingham because he seems fair and decent, and @nr147 Not interested in tweets whining about formats TBH.

IMO ROS best player of all time. His tweets on the other hand…….#verydull 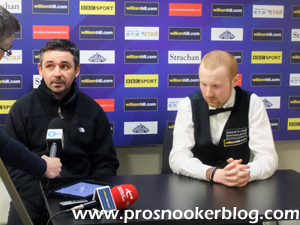 @nr147 he’s chatty and my favourite player ever!. @Stuart__Bingham again chatty and a favourite. @ronnieo147 just because.

@robhull_ and the great lesson of the finnish language