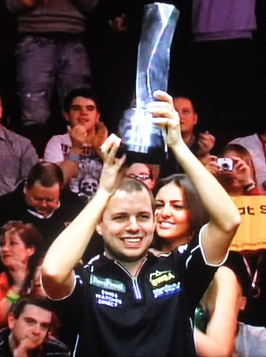 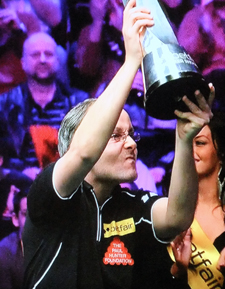 An event which has divided opinions since its introduction back in 2011, the Shoot Out returns tomorrow for its fourth staging at the Tower Circus Arena in Blackpool, with Martin Gould looking to defend the title that he won 12 months ago…

With its one frame shoot out format, rowdy spectators and 15 and 10 second shot clocks, the event is certainly unique on the calendar and one that does not appeal to all, with the likes of Ronnie O’Sullivan, Ding Junhui, Neil Robertson and Judd Trump not participating this weekend.

Still, with a top prize of £32,000 on offer to the winner, it is an event well worth winning, just ask previous winners Nigel Bond, Barry Hawkins and Martin Gould.

While as something of a traditionalist, the format is not the most attractive to me personally, one thing I do like is the chance to see some of the lower ranked players, given a television appearance live on SkySports, which even for a novelty event such as this, is still a big deal to them, particularly if they can win a few matches.

All starts at 6pm tomorrow night and you can view the tournament schedule here.