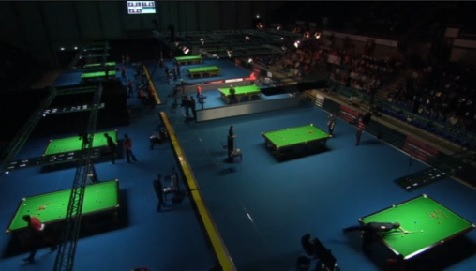 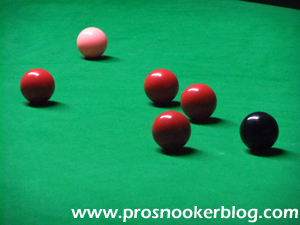 In another season which feels as though it has given us almost non-stop snooker so far, it is strange to think that following the Christmas break, and the invitational events that have dominated January so far, it has been other a month since we last saw the players in ranking event action.

With the start of the venue stages of the German Masters next Wednesday however, the second half of the current season gets right underway and what a hectic period it will be, with eight ranking events (including European and Asian Tour), squeezed into little over three months.

Unsurprisingly for regular readers of my blog and those who follow me on Twitter, probably the issue that I will be focusing on the most between now and the end of the season will be the race for main tour spots for the 2014/15 season.

As explained during previous blog posts, the battle for survival for those currently on the tour is a complex one for all but the highest ranked players, with places available via the main prize money list, European Order of Merit and Asian Order of Merit.

In respect of the two ‘PTC’ lists, both series are now down to their crucial, final events, which will finalise both Orders of Merit for this season.

From the European Order of Merit, the top eight players at the end of the season, not already inside the top 64 of the main money list, will earn a two-year tour card from 2014/15, therefore the upcoming Gdynia Open (ET8) event in Poland will be absolutely crucial for the players in the mix.

As absurd as it might seem, for some players, this event could ultimately prove to be the biggest event of the season full stop. 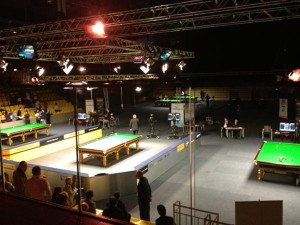 Similarly, the final event of the Asian Tour could also prove crucial for some players and it will be very interesting to see the entry list for that event, which is set to take place in early March. Could we see a number of entries from players who by that point know they will not survive via either the main money list or the European Order of Merit, but could yet stay on tour with a run deep in China?

While it might not be as easy as it might appear on paper for the professionals, up against local amateur opposition, it could be one last roll of the dice which could pay off handsomely.

And for those that cannot survive via those lists, the race will then be very much on to earn as much prize money as possible between now and the end of the season, to try and crack the all-important top 64…

Adding extra significance still to those final events of the European and Asian Orders of Merit is of course the battle for the 32 places in the PTC Grand Finals, set to be staged in Thailand at the end of March.

With 24 spots available to the European list, as well as a further eight to the Asian Order of Merit, the current standings are available at snookerorg:

With anyone, even those who have not won a match all season in these events, still theoretically capable of vaulting up into the qualifying places due to the steep increases in prize money available towards to final stages of events, there remains much to play for and no doubt even more anxious snooker players come Poland and China…

3) The Race For Crucible Seedings

While attention is now increasingly shifting towards the money based ranking list, which will come into effect at the end of the 2013/14 season, the current points based list isn’t quite ready to be consigned to history just yet.

Indeed the last hurrah of the points based system, will be the fact that it will still be used to decide the all-important seedings for the season-ending World Championship in Sheffield. 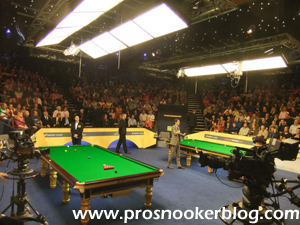 Of course, the top 16 bracket will as ever be a crucial one, with those players spared the anxiety of having to qualify for the Crucible, but perhaps this year the top 32 bracket will be equally as important.

This is because those players ranked between 17-32 following the PTC Finals will be required to win just one qualifying match, but those ranked 33-64 will need to win not two, but three matches if they are to appear at the Crucible Theatre.

A separate, in-depth look at the ‘race to the Crucible’ will follow in the coming days…

Away from rankings and seedings, perhaps the most interesting thing for me in the lead up to the World Championship will be to see how the world’s top players schedule their events beforehand.

Of course historically in snooker, this has rarely been an issue, with the calendar as such that each player has generally entered every event possible in the run up to Sheffield.

Last year however, one of the stories of the World Championship was the ‘burn out’ debate, with the likes of Neil Robertson and Mark Selby looking mentally fatigued and exiting the tournament earlier than expected, while the fresh Ronnie O’Sullivan breezed through the draw as only he can. 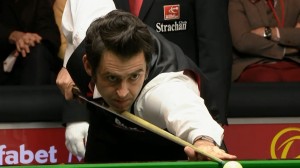 Could this see other contenders for the Crucible title looking to follow a similar lead and opt out of tournaments, such as Beijing and Thailand in order to maximise their preparation time ahead of the World Championship?

My gut feeling is that probably this season will come a little too early for that and that we may see this more in future seasons once the money list has taken effect, but nonetheless it will be something to look out for.

Certainly, I would not expect to see too much of O’Sullivan beforehand as he looks to make it three in a row in Sheffield…

At the time of writing, Neil Robertson has made an astonishing 77 century breaks during the 2013/14 season, having long since broken Judd Trump’s previous record set last season and now with plenty of time and tournaments to go, the question is as to whether he can make an unprecedented ‘century of centuries’ in a single campaign.

I remember that when asked on Twitter whether he could do so as far back as October time, I was fairly dismissive of his chances, on the basis that he would surely suffer a few early tournament exits at some point, while at that time the bulk of the European Tour events had already been played. 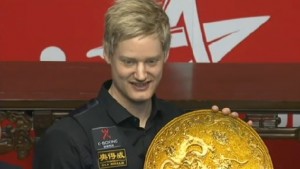 To date however, Robertson’s ton rate has shown no signs of slowing down, while he has continued to run deep at almost every tournament that he has entered.

Furthermore, a consideration that I had not previously taken into account was that of the Championship League, which has seen him add even more century breaks to his tally and following his group final defeat to Stephen Maguire earlier this week, will see him return to group five with the opportunity to make still more.

What are you most looking forward to seeing during the remainder of the 2013/14 season? Please do leave your comments below…