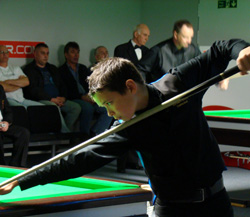 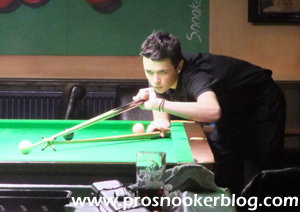 Congratulations to 18-year-old Oliver Lines, who today recorded a 6-1 victory against Ireland’s Josh Boileau 6-1 to win the 2014 European U-21 Championship in Bucharest, Romania…

Having shared the opening two frames, it was Lines who soon took control of the final, breaks of 101 and 73 seeing him into a 3-1 lead at the mid-session interval, before he added the next three on their resumption to capture the title.

As well as having won a prestigious international title in its own right, Oliver’s victory means that he will now be nominated for a place on the main tour for the next two seasons, where he will be hoping to join his father Peter, who is currently fighting to stay inside the top 64 on the two-year money list.

Those who keep an eye on the amateur circuit will be well aware that Oliver has been knocking on the door for a couple of seasons now and it will be interesting to see how he acclimatises to life on the main tour.

As a side point, Lines was also qualified to play in the 2014 EBSA play-offs between 12-13 April 2014 at Ponds Forge, Sheffield, however it now appears that his place will instead go to the next man on that ranking list, namely fellow Englishman Michael Tomlinson.

As for his opponent Boileau, today was not his day, but I have heard good things about the Irish youngster and I would expect to see him graduate to the professional circuit sooner rather than later also.