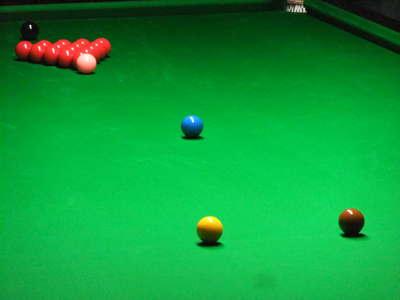 A major new snooker tournament – the World Grand Prix – will be staged in Llandudno early next year.

The event will take place at Venue Cymru in Llandudno on the north coast of Wales from March 16th to 22nd, 2015.

Created by World Snooker Chairman Barry Hearn, this new tournament will bring together 32 of the best players on the planet to compete for a top prize of £100,000. It will be televised live on ITV4 with a total prize fund of £300,000.

The top 32 players on a one-year ranking system running from the 2014 World Championship to the 2015 Gdynia Open will qualify for the tournament….

Hearn said: “This will be the biggest snooker event ever staged in North Wales and we are delighted to bring the sport to an area where we know we will get massive support. It’s an incredible opportunity for the people in Llandudno and the surrounding area to see the very best players competing for a prestigious new crown – and a huge top prize.

“Tickets will be going on sale in July and the message is BOOK THEM FAST as they will sell out rapidly and we want to make this event a great success. I know the Venue Cymru is a superb arena and the atmosphere is going to be sizzling.

“ITV are building their support for snooker so for those who can’t make it to the venue this is a valuable addition to our free-to-air coverage in the UK.”

Ticket details will be announced soon – keep an eye on www.worldsnooker.com/tickets