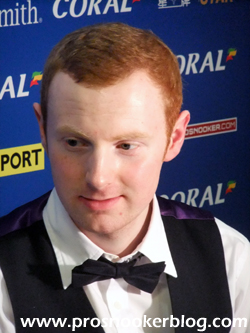 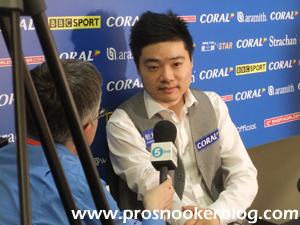 With Ronnie O’Sullivan’s fifth victory at the UK Championship yesterday, comes the fourth mid-season seedings revision of the 2014/15 season, which will see China’s Ding Junhui’s climb to top spot for the first time in his career.

Despite his shock defeat to James Cahill at the last 32 stage of the UK Championship this week, Ding Junhui now moves up to world number one for the first time in his career, replacing Mark Selby at top spot.

Neil Robertson did have an opportunity to move above the pair of them, but his last 16 defeat to Graeme Dott meant that he finished in second place just £2,318 behind  the Chinese star.

Interestingly and in some ways rather unfortunately however, it would appear that Ding’s reign at number one will be relatively short-lived, with the loss of his points earned at the 2012 Ravenscraig Open next week set to see him drop below Roberson following the Lisbon Open. He would though remain as top seed for the German Masters, with the seedings list not updated quite as often as the official ranking list.

Although there were a number of players chasing a place at the Masters in January, the top 16 seeds remain as they were following the previous seedings revision, with Graeme Dott and Mark Williams narrowly missing out on a place at the Alexandra Palace. 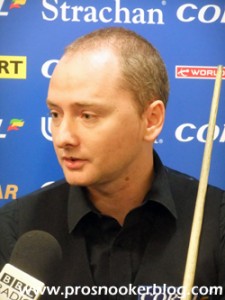 In terms of the actual world rankings, there is one change, with Ali Carter dropping from 15th place to 18th, Graeme Dott taking his place up inside the top 16. Due to the previously announced seedings freeze for Ali however, he will remain seeded 13th for the next cut-off and therefore is assured of a place at the Masters.

Thanks to his breakthrough run to the quarter-finals of the UK Championship here in York, Scotland’s Anthony McGill climbs up into the world’s top 32 for the first time in his career, moving up seven places to 30th at the latest seedings revision. 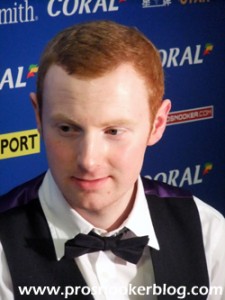 No stranger to the top 32 is former world and UK champion Peter Ebdon, who following his third round run this week in York, moves up a couple of places to 31st.

Dropping out are Kurt Maflin, who Ebdon actually beat at the last 64 stage here in York, while Mark King also falls out of the top 32, having won just £9,217 so far this season and exited the UK Championship in the first round.

Just one change in and around the top 64 bracket at this cut-off, as Gary Wilson moves up one place to 64th, despite his opening round defeat to namesake Kyren at the UK Championship.

He benefits from the exit of Luca Brecel, who losing the money earned from his quarter-final run at the Barbican Centre in 2012, drops seven places to 66th and in theory at least, will have a tougher draw for the German Masters qualifiers next week.