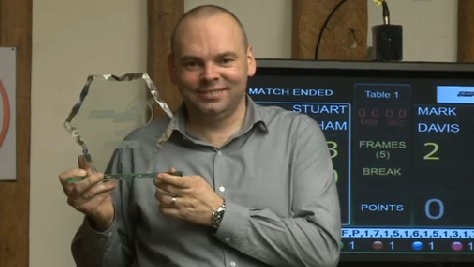 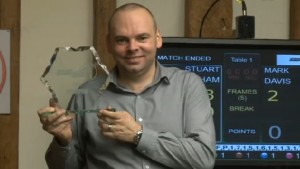 After eight groups of action at Crondon Park, local man Stuart Bingham has emerged victorious at the 2015 Championship League snooker, defeating Mark Davis 3-2 to claim the top prize of £10,000 and perhaps most importantly, a place at next season’s Champion of Champions event.

Having nearly exited the tournament earlier in the day, defeating Barry Hawkins by the required three frames to squeeze into the semi-finals, Stuart took full advantage of his reprieve by first defeating Matt Selt 3-1 in the semi-finals, before winning the last two frames against Mark Davis to take the title.

As ever, it has been another popular tournament with the players involved, which notably has seen maximum breaks this year by Barry Hawkins and David Gilbert.

You can view all of the results from the event here at snookerorg.