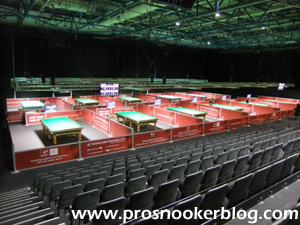 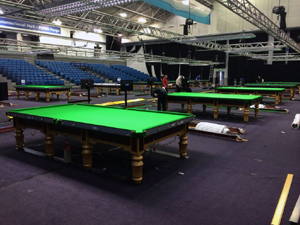 The draw (and format) for the qualifying rounds of the Betfred World Snooker Championship has been made, with all players seeded outside the top 16 set to battle for places at the Crucible.

In a change to the usual format, the concluding session of all 16 final round matches will be played on the last day, Wednesday April 15. The 16 winners on ‘Judgement Day’ will earn a coveted spot in the final stages, to run from April 18 to May 4 at the Crucible Theatre.

All 128 players in action at Pond’s Forge must win three best-of-19 frame matches to progress.

Ten-time World Ladies champion Reanne Evans, aiming to become the first woman to play at the Crucible, has been drawn against 1997 World Champion Ken Doherty on Thursday April 9.

Six-time World Champion Steve Davis is up against Jamie Cope on Friday.

Rising star Michael White, who won the Indian Open last month and just missed out on a top 16 place, will play Steven Hallworth on Wednesday.

Jimmy White, hoping to reach the Crucible for the first time since 2006, will take on James Wattana on Saturday.

Tickets for the qualifiers are NOW ON SALE at a cost of just £10* for an all day ticket. BOOK NOW at www.sivtickets.com or call 0114 2233777. Tickets will also be available direct from Ponds Forge.

SPECIAL OFFER: Purchase an all day ticket for any three days for £20*. Quote SPECIAL OFFER when booking tickets. This offer is only available in person at the Sheffield City Hall Box Office or by calling 0114 2233777.

The draw for the final stages will take place at 10am on Thursday April 16th, live on www.youtube.com/worldsnookerofficial

The Betfred World Championship is supported by Sheffield City Council