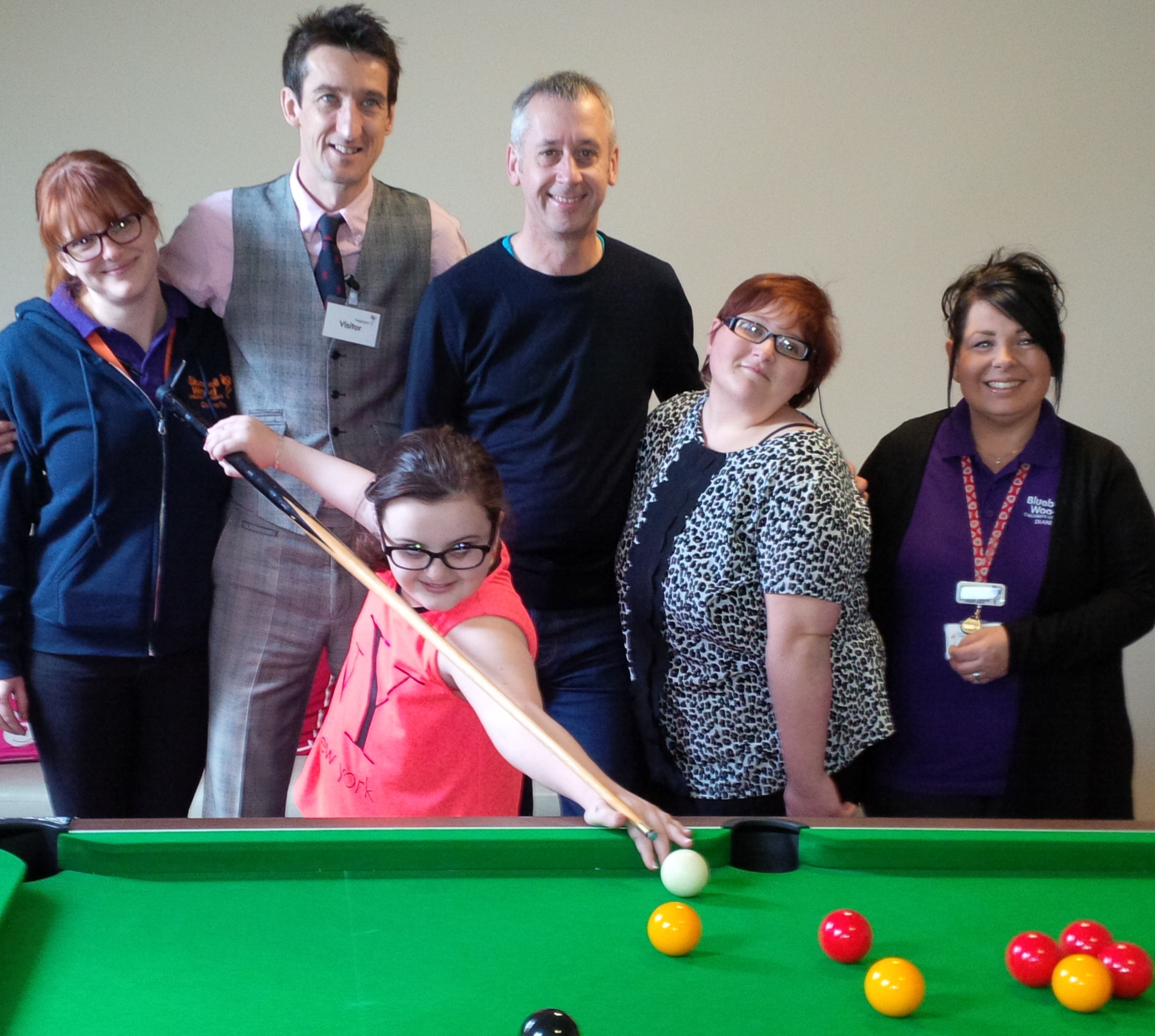 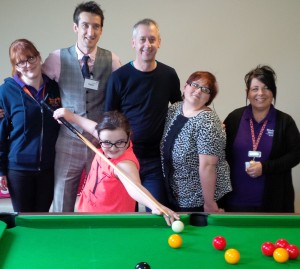 Nigel, who reached the final at the Crucible Theatre in 1995 and won the British Open the following year, paid a visit this morning. Bluebell Wood is the official World Snooker charity for the third year running and the partnership has now raised more than £200,000 for South Yorkshire’s only children’s hospice since it began.

Tournament sponsor Betfred pledged to donate £25,000 to the hospice when 70 centuries were recorded in the current championship and that number was achieved today. This, along with bucket collections by Bluebell Wood volunteers, auction prizes for the charity and many other fundraising activities, add the total amount up to more than £200,000.

Nigel, from Chesterfield, said: “It has been great to meet the children here at Bluebell Wood and see what an amazing place the hospice is.

“It is clear to see that Bluebell Wood is filled with love and laughter, giving families a place to call home in the toughest of times. It’s incredible to be able to support this charity through World Snooker and I feel humbled to have visited today.”

Bluebell Wood Children’s Hospice, in Sheffield, supports more than 200 children with complex medical conditions and shortened life expectancy and their families. It costs more than £3m a year to keep the hospice’s doors open and the charity only receives 10% government funding.

Rachael Dawes, Corporate Fundraiser at Bluebell Wood Children’s Hospice, said: “It was brilliant welcoming Nigel to our hospice, our children really enjoyed meeting him and getting a few snooker tips along the way!

“We are extremely proud to be associated with such a prestigious event as World Snooker. Every penny raised really does make a difference to our children and families; we are here to help create special memories for them. Having the opportunity to partner with World Snooker is incredible and I would like to thank Nigel and the whole team for such great support.

“Being able to say that more than £200,000 has been raised by World Snooker is amazing. I’d also like to add a big thanks to Betfred for their £25,000 donation – making such a massive difference to our children families through a fantastic initiative.”