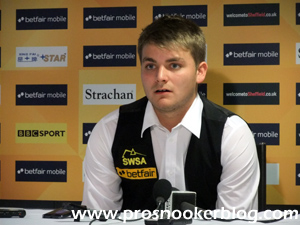 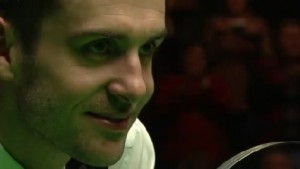 It might only be June, but following the conclusion of next week’s Australian Goldfields Open we will see the first mid-season seeding revision of the 2015/16 campaign.

The revision is a notable one too, with seedings for the Shanghai Masters, another event not to be played under a flat draw format, up for grabs in Bendigo…

On 5th July 2015 following the Australian Goldfields Open, the current seedings list will be revised for the first time this season and will be used to determine the seedings for the 2015 Shanghai Masters.

By the time of the revision, prize money earned from the 2013 AT1, 2013 Wuxi Classic and 2013 Australian Goldfields Open will have been deducted and replaced by that from this season’s events up to that date. 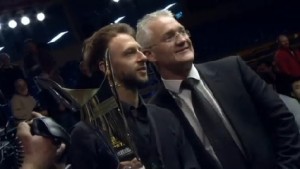 With relatively few points to defend from two years ago, despite a semi-final defeat at the 2013 Australian Goldfields Open, Mark Selby remains firmly established at the top of the rankings, provisionally just shy of £150,000 ahead of world champion Stuart Bingham. 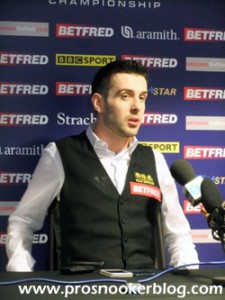 Even if Stuart were able to win his second Australian crown in Bendigo next week, the £37,500 on offer would clearly not be enough to overhaul to the Jester at this stage.

While Neil Robertson finished last season just behind Stuart, with his prize money due from winning in Wuxi and reaching the final two years ago in Bendigo soon to be removed from his tally, the Australian drops out of contention for the top spot for the time being.

Similarly, the top eight are also guaranteed to remain as they are (although not necessarily in the same order) and on the basis that all enter the Shanghai Masters, guaranteed to avoid each other until the quarter-final stages.

Currently sitting in eighth place provisionally is former Bendigo winner Barry Hawkins, but with a lead of over £40,000 to next placed Joe Perry cannot be caught regardless of what happens next week.

Looking at the list, we can see that the top 15 down to Stephen Maguire are guaranteed to remain inside the top 16 once the rankings are revised after Australia, meaning that there is just one place up for grabs, assuming again that all of the top 16 choose to enter Shanghai. 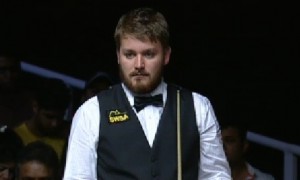 Currently holding onto 16th place is Graeme Dott, but having chosen not to enter Australia, he will be overtaken by Welshman Michael White, should he be able to win against Hossein Vafaei Ayouri in his opening match.

Of the other contenders, Mark Davis would need to reach the semi-finals in order to overtake Dott, at least the final to pass White if he were to defeat Hossein.

For Robert Milkins though the equation is straight-forward, with only the title enough to see him rise to 16th position, whatever happens to anybody else.

Another significant bracket given the qualifying format for the Shanghai Masters, as those inside the top 32 will have to win just one qualifier, compared to three for those ranked between 33-64 positions.

The most vulnerable players on the provisional list appear to be Gary Wilson and Ben Woollaston, the pair separated by just £66 in 31st and 32nd positions. 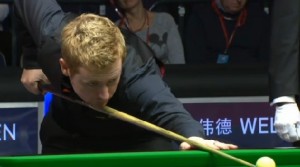 While Wilson has the edge however, he is already out of the tournament having lost in qualifying and so unable to defend his position from Woollaston and the other chasers behind him.

Of those currently outside of the top 32, Jamie Jones is the most immediate challenger, needing to reach the quarter-finals if he is to overhaul the pair as it stands.

For Mark King, who could face Jones in the last 16, a semi-final run would be required, while Gerard Greene, Mark Joyce, Jamie Burnett and Andrew Higginson would all need to win the tournament.

In terms of the race for a top 64 place and therefore a place in the second qualifying round of the Shanghai Masters qualifiers, there are three qualifiers who could break into the world’s top 64 by winning the Australian Goldfields Open, namely Joel Walker, Ian Burns and Michael Georgiou.

If either of them were able to claim a shock title, it would be China’s Cao Yupeng who would be edged out of 64th position.