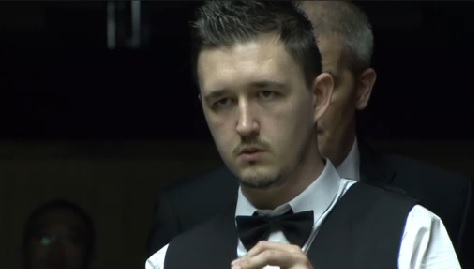 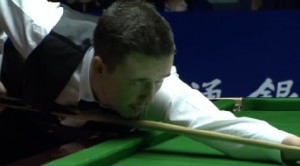 It is no great surprise that 2012 runner-up Judd Trump has successfully navigated his way through to draw to reach his ninth career ranking event final at the Shanghai Masters, but few would have expected his opponent tomorrow to be world number 54 Kyren Wilson who today defeated Mark Allen 6-1 to reach his first final.

Defending champion Stuart Bingham produced his best snooker of the week against the man who he edged out at the semi-final stage on his way to the world title earlier this year, but it was to be Judd Trump who would prevail in their latest encounter today, running out a 6-3 winner.

It was a high quality match, particularly prior to the mid-session interval when the lowest break to win a frame was an impressive 95, but after the break Trump was able to win four of the five frames to book his place in his first final of the 2015/16 season.

An impressive achievement, not least because I had picked him to do so as part of my tournament preview ahead of the tournament (always a kiss of death), he now has the chance to complete something of a unique triple crown in China, having already won the China Open in Beijing and more recently the International Championship in Chengdu.

No disrespect intended to Judd however, but the real story of the week so far has been the run of the other finalist in Shanghai, as Kyren Wilson has come through the bottom half of the draw to reach a ranking event final for the first time in his career.

A player who I have personally rated highly since I first saw him play Joe Swail at the World Championship qualifiers back in 2011, after his initial breakthrough season in 2013/14 when he reached the quarter-finals of this tournament in Shanghai, as well as qualifying to play at the Crucible, he struggled for whatever reason to reproduced that form during 2014/15.

He had though already made an improved start to this season, defeating Barry Hawkins and John Higgins back to back recently in Fuerth and having avenged his defeat to Michael Holt here two years ago, has since added the scalps of home hero Ding Junhui and now Mark Allen to progress to the final.

Already assured of taking home at least £35,000 and so vaulting up both the official world ranking list and the World Grand Prix list, he will be hoping to win just one more match against Judd to claim the title.

Can he do it? Judd has to start as a fairly warm favourite, not just because of his greater experience at this stage of tournaments, but also because of his own form which has been at a consistently high level now for at least a 12 month period.

Judd does also lead their head to head record 2-0, their most recent meeting coming at the 2014 Welsh Open when Trump ran out a 4-2 winner.

But it has already been a week of firsts for Kyren and far stranger things have happened in snooker than for him to win his first title tomorrow.