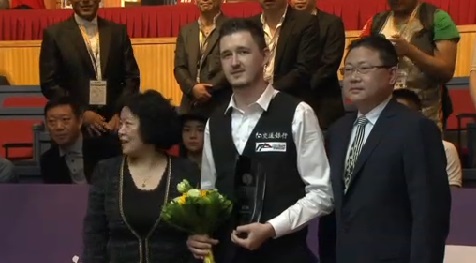 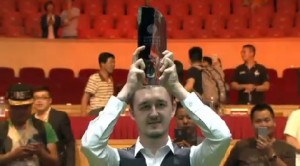 Congratulations to 23-year-old Kyren Wilson who has today edged out Judd Trump 10-9 to win his first ranking event title at the 2015 Shanghai Masters.

The world number 54 earns £85,000 and will climb to 22nd place in the rankings, as well as booking his place in November’s Champion of Champions event in Coventry.

Following an opening session of nine frames that saw Kyren Wilson come out with a 6-3 lead against Judd Trump, the pair split the first four of the evening to advance the score to 8-5.

Perhaps the first big turning point of the match came at the climax of the following frame as with a chance to go four up with five to play, Kyren failed to finish on the pink from the blue, before then misjudging the following safety shot to hand the frame to Judd.

Another close frame followed, eventually won by Trump following a missed pink up into the green pocket, before a break of 47 helped Wilson to steady the ship and move one away from the title at 9-7.

Of course Judd Trump has mounted a number of notable comebacks during the past 12 months, some unsuccessful, others not and today he was to give us another as he won the next two frames to take the match to a decider.

Kyren though was not to be denied and with a break of 75 he was able to get over the line and seal his first ranking event success. 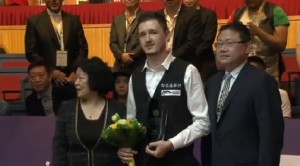 It goes without saying that the victory is a remarkable one for all sorts of reasons, not least the fact that Kyren never previously been beyond the quarter-finals of a ranking event and ranked in 54th place coming into the event, becomes the lowest ranked winner of a ranking event since Ding Junhui won the UK Championship back in 2005.

Now however, he will soar up to a career-high 22nd place when the official rankings are updated this week and with little prize money to defend between now and the World Championship, has the potential to climb higher still by the end of this season.

As well as the ranking boost, he also earns a place at November’s Champion of Champions event, displacing World Seniors Champion Mark Williams and also moves to top spot in the latest World Grand Prix list, guaranteeing his place in that event too.

With £85,000 in his bank account helping to take away some of the financial pressure of playing on tour, as well as moving him up the various lists, it is no exaggeration to say that this is a life-changing victory for Kyren that will open up a number of opportunities for him going forwards.

Someone that I have always rated highly on the table since I saw him in action at the 2011 World Championship qualifiers against Joe Swail and Rory McLeod, he is also a great guy away from the table and will continue to work hard on the practice table to achieve even more. 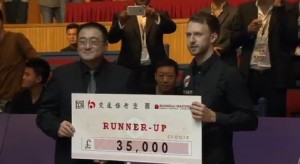 For Judd, it is always disappointing to lose a final but he will no doubt be amongst the silverware this season and having maintained a consistently high level during the past year or so, will continue to be one of the favourites for the upcoming tournaments.

A week off now before the action resumes with the qualifiers for the International Championship, which will be held at the Barnsley Metrodome from Wednesday 30th September 2015.