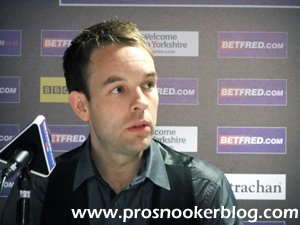 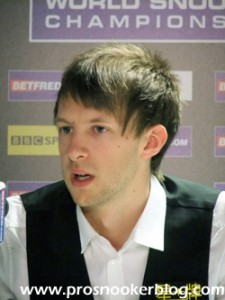 One match away from the conclusion of the last 32 stage at the Crucible, click below for an update as to the various ranking changes since the start of the week and clarification as to watch is still to play for with 11 days to go in Sheffield…

The 2011/12 end of season rankings will be used to determine the seedings for the first three full-ranking events of 2012/13, namely the Wuxi Classic, the Australian Goldfields Open and the Shanghai Masters, as well as the first two PTC events of the season and the 6-Red World Championship.

Mark Selby’s 10-3 defeat at the hands of Barry Hawkins yesterday evening has left the door open for Judd Trump to move up to the top of the world rankings for the first time, if he can lift his maiden world title on the 7th May here at the Crucible Theatre.

While it might seem a long shot, this is eerily similar to what happened in 1998 when John Higgins lifted the title, taking top spot from compatriot Stephen Hendry who had fallen at the first fence against Jimmy White early in the tournament.

With early exits for the likes of Ding Junhui, Mark Allen and Graeme Dott, the race for top eight places is now set.

The battle for the top 16 remains alive with Andrew Higginson and Ali Carter still in with a shot of pushing Stuart Bingham out of the elite bracket by the end of the tournament.

With both in the same quarter however, 15th placed Ronnie O’Sullivan is definitely safe as both cannot gain the required points in order to overtake him.

With defeats for Ken Doherty and Liang Wenbo, the top 32 are now set, if not the exact order with Ryan Day and Jamie both remaining in the tournament.

The race for the final top 48 positions appears to be all but run, unless Liu Chuang (currently trailing Mark Williams 6-3), is able to win two matches at the Crucible and move up to 48th place at the expense of Dave Harold. Alternatively, David Gilbert would do the same with a run to the semi-finals. 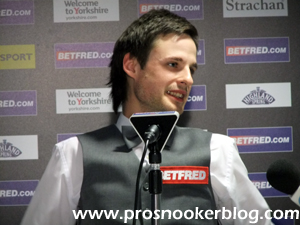 Both drawn inside the same quarter however, it will not be possible for both to move up into the top 48, meaning that Joe Jogia is guaranteed to remain among that bracket come the season’s end.

The only potential change to the top 64 could be the rise of Chinese talent Cao Yupeng, who following his opening round shock against Mark Allen is just one win away from moving up into that bracket and retaining his place on the main tour.

If Cao can defeat Ryan Day, this would be at the expense of Barry Pinches, who would then lose his place on the main tour as a result.