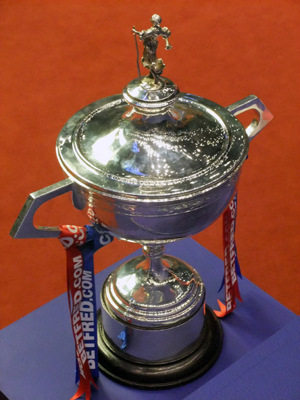 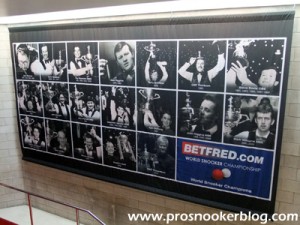 A couple of days ago it was announced that Betfred will return to sponsor this year’s World Championship and readers on Twitter will have noticed that I was perhaps unusually pleased to see this news, for what is a sponsorship announcement.

While the cynics out there might suggest that I am merely delighted at the opportunity to be able to re-use my extensive photo collection from their previous sponsorship of the event between 2009-2012, there are of course less selfish reasons that I am pleased to see Betfred return to sponsor snooker’s biggest tournament.

My first World Championship as a paying spectator was the 2005 edition, the last to be sponsored by long-term backer Embassy, due to incoming legislation with regards to tobacco advertising which forced snooker to look elsewhere. 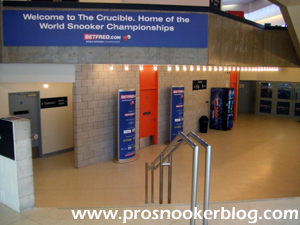 Although I was new to live snooker, I became aware from being around the Crucible for two weeks and from what I have subsequently learned from speaking to players that Embassy was a significant part of what made the tournament special and so it was noticeable a year later, when they were replaced by 888.com, that something was missing.

When the sponsorship passed to Betfred however and particularly from their second year in 2010 (the first having been extremely last minute), there was again a difference, something that became even clearer to me in 2011 and 2012 when I had media accreditation at the event for the first time.

Some of the things were small and will sound silly, for example the handing out of free t-shirts, free pens (one of which is still on my desk now), or even the notorious ‘great shot’ banners that I loved to complain about on Twitter at the time. The important point however was that whether I liked them or not, they were a way of engaging some of the fans and to put it crudely, showed that they were making an effort with the event. 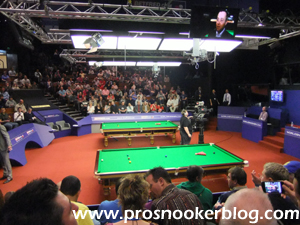 And it was the same in the press room, with media man Mark Pearson on hand at the venue to assist and run competitions, as well as providing updates at the Betfred YouTube channel, which also contained footage from player press conferences and other exclusive content, recorded and edited by the sponsor, rather than World Snooker.

Add to these the pledge to donate an amount of month per century break in 2012 to Haven House Children’s Hospice and overall it was clear to see that Betfred added something to the tournament for fans both watching at the venue and following at home. 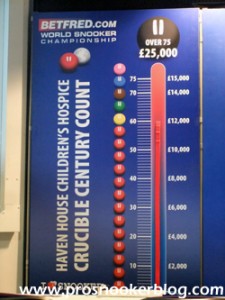 In the build-up to the 2013 World Championship however, it was announced that Betfred were no longer to sponsor the event, with the suggestion being that World Snooker Barry Hearn felt that he may be able to secure a more lucrative deal from a global brand, with a wider target audience than Betfred.

What followed however were single-year deals with Betfair and Dafabet, who without doing anything wrong, failed to show the same level of understanding of the event and particularly in 2014, not having an obvious presence in the media room and going the extra mile to promote the tournament in the way that we had become used to. 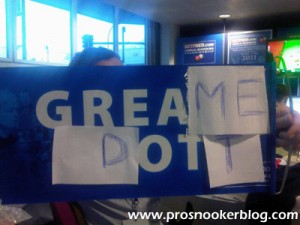 And so next Betfred has returned and I am pleased to see it, in particular on a multi-year deal as although the World Championship clearly has its own identity due to the venue and the history of the event in itself, for me it is always preferable to see an event with a settled sponsor, particularly one who will genuinely bring more to the tournament than merely their brand name.

And yes, it does mean that I get to re-use some of my old photographs…