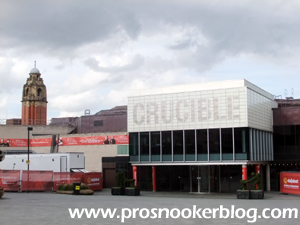 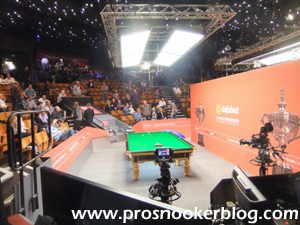 Following John Higgins’ victory at the Welsh Open this evening, we are just four tournaments away from knowing not only who the top 16 players guaranteed to appear at the Crucible Theatre for the 2015 World Championship will be, but also how those players will be seeded in the draw.

For those not familiar with the draw structure for the World Championship, unlike most other tournaments, the top 16 seeded players at the Crucible are placed in the draw in a very specific manner.

With the final cut-off prior to the World Championship due be after the China Open on 5th April 2015, if the draw were to be made today under the latest in-running projected seedings list, it would look like this:

Looking at the opposite ends of the draw, with Mark Selby sure to be seeded number one as defending champion and Ronnie O’Sullivan comfortably ahead of third placed man Ding Junhui in second place, both of last year’s Crucible finalists look likely to be in the opposite halves of the World Championship draw once again.

As it stands, there would be a very tasty second round clash between O’Sullivan and Scotland’s Stephen Maguire, although with a number of players towards the lower end of the top 16 currently in good form, the position could yet change.

Following his run in Cardiff, Ricky Walden moves above Shaun Murphy in the latest list which means that they switch places in the potential draw, while there could be another match between Neil Robertson and Ali Carter, who have course have already met this season at the Champion of Champions and Masters events. 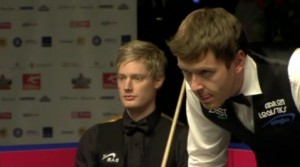 Of course, the complexion of the draw will always take on a different look once the qualifiers have been added to it and with the likes of Robert Milkins, Graeme Dott, Mark Davis, Peter Ebdon and others possibly amongst them, there will be few players who will want to draw them early on.

Much can and will change during the course of the next six weeks. Certainly in contrast to the old points based ranking list, the potential for significant gains remains far higher than previously, as demonstrated further down the rankings last season by runs from the likes of Gerard Greene and Mike Dunn towards the end of the year.

Also in contrast to 2014, the all-important seeding cut-off will take place AFTER the China Open, rather than before it.

Time will tell – but who do you think the draw would favour as it stands at the moment? Leave your comments below…